Prosecutors described the scene as a 'diabolical stew of human remains' 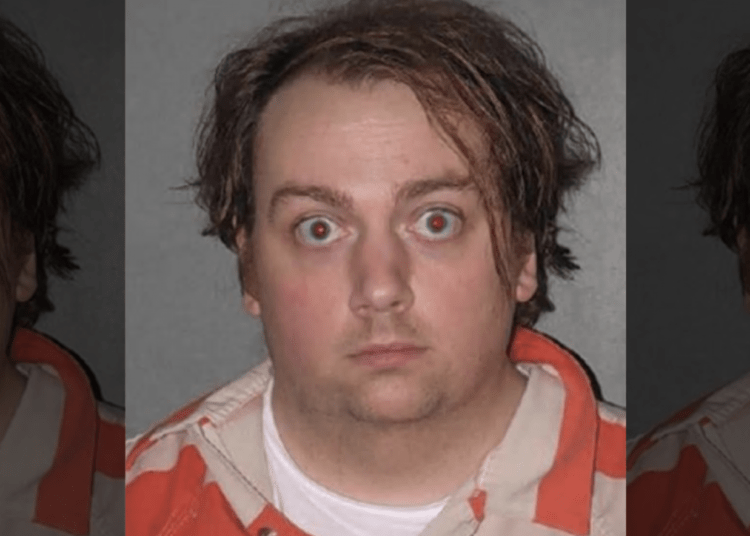 Joel Michael Guy Jr. is on trial after he allegedly killed and dissolved his parent's bodies in acid back in 2016. (Knox County Sheriff's Office)

KNOXVILLE, Tenn. — Graphic details emerged this week during the trial of a man accused of killing his parents, mutilating their bodies, and dissolving them in acid over Thanksgiving weekend in 2016.

Joel Michael Guy Jr., 32, was charged with two counts of first-degree murder, felony murder, and abuse of a corpse in the killings of Lisa and Joel Guy Sr.

The former Louisiana State University student was 28 years old when he reportedly killed them inside their Tennessee residence, WBIR reported. The couple had been married for 31 years.

“The fact is you’re going to hear evidence that is truly graphic and disturbing,” she said. “There’s no other way to characterize it.”

According to testimony at the trial on Tuesday, a man’s severed hands were found in an upstairs exercise room and two tubs were filled with body parts in industrial chemicals. Bloodstains covered the walls, floors and sheets. Authorities said they found knives in multiple rooms of the house.

McCord said they discovered a half-dozen fingerprints belonging to the suspect. He and another officer lifted the lid on a stockpot on the stove and found Lisa Guy’s head, according to the station.

“(It was) the most horrific thing I’ve ever encountered in police work – in my life,” McCord said, according to FOX.

Nassios said Lisa Guy was stabbed 31 times, with legs severed below the knee and her arms were severed at the shoulder. Her head was removed from her spine after blunt force trauma, officials said during the hearing.

Limbs were then placed in 45-gallon containers, covered with a corrosive substance and left to liquify, officials added, according to WVLT-TV.

It was described by state prosecutors as a “diabolical stew of human remains.”

The accused killer’s aunt testified on Monday that the couple was about to cut him off financially, according to the station.

The prosecution claimed that a notebook was recovered in the suspect’s room that included a detailed list of steps to cover up a murder.

“Money, all mine. I get the whole thing,” one entry read.

PARENTS DISMEMBERED: "Money, all mine. I get the whole thing."

The prosecution reveals a notebook found in Joel Guy Jr.'s room with a detailed list of steps to cover up a murder.

The suspect arrived at his parents’ home on Wednesday, Nov. 23. He spent Thanksgiving with his parents and three sisters before he returned to Baton Rouge on Nov. 27. When his mother failed to show up for work the next day, her bosses called the sheriff’s office, knoxnews reported.

Investigators found evidence — including receipts for chemicals — in the home that they said linked the suspect to the killings.

Guy Jr. has denied the charges.