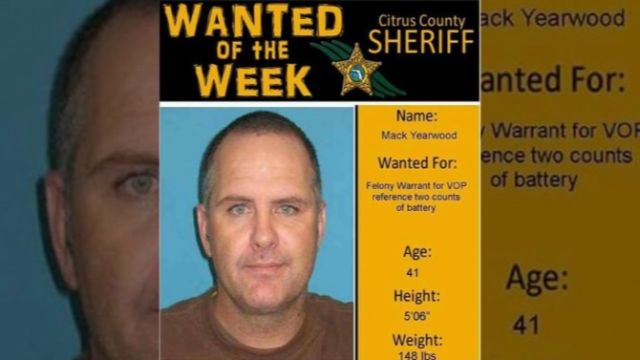 Man Arrested After Using His Own Wanted Poster For Facebook Photo

Man Arrested After Using His Own Wanted Poster For Facebook Photo

A Florida man was arrested last week after cops say he used his own wanted poster for his Facebook profile picture.

The Stuart (FL) Police Department posted the following on Facebook:

“Facebook is a great way to communicate and connect with old friends and family.

If you are wanted by the police, it’s probably not a good idea to use the “Wanted of the Week” poster of yourself as your profile pic.

Mack Yearwood must have thought differently.

On Tuesday, Stuart Police caught up with Mr. Yearwood and arrested him with two outstanding warrants. While he was taken into custody, he asked to put on a pair of jeans that were located on the floor beside him. Mr. Mack must have forgotten that his bag of marijuana was still in the pocket.

Mr. Yearwood also picked up an additional charge of possession of cannabis under 20 grams.”