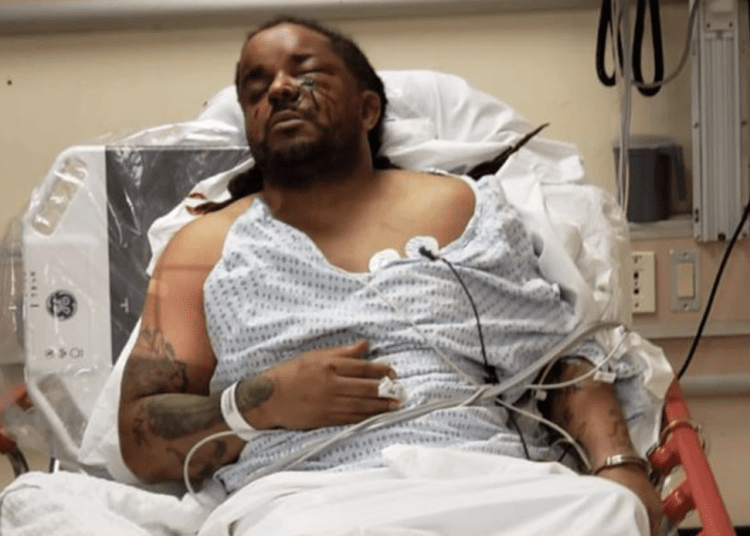 NEW YORK – The suspect accused of being the Bronx cop-shooter isn’t satisfied that he’s drawn enough blood. Robert Williams wants to see additional officers bleed. He threatened from his hospital bed to shoot more police officers upon his release, prosecutors revealed Monday at his arraignment.

“I’m going to shoot one of you when I get out,” Williams snarled to officers while laid up in Lincoln Hospital on Sunday, according to prosecutors.

Williams made the threat while recovering from injuries sustained during his arrest, which followed the second of two ambush attacks on NYPD officers in less than 12 hours, according to authorities.

According to the New York Post, there were about a hundred NYPD officers packing the Bronx courtroom for his arraignment, glaring silently at the career criminal accused of trying to kill their partners.

Wearing a gray hoodie and dark gray sweatpants, Williams kept his head down and uttered not a word as he was ordered held without bail. He has been formerly charged with 13 counts of attempted murder.

According to the investigators, Williams, 45, began his anti-police rampage around 8:30 p.m. Saturday when he fired at two officers sitting inside a marked NYPD patrol van near the intersection of East 163rd and Fox streets.

Officer Paul Stroffolino was grazed on the neck and chin by rounds that nearly struck his carotid artery, while his partner was unharmed, according to officials.

Gautreaux returned fire, but missed Williams, who reportedly continued to unload in the precinct until he ran out of ammo and surrendered, according to police.

Both Stroffolino and Gautreaux were treated at Lincoln Hospital and released, according to the Post.

Cops once again packed the plaza in front of Lincoln Hospital to send 41 Pct. Lt. Jose Gautreaux home to recover. Thanks to the quick heroics of Lt. Gautreaux and other 41 Pct. MOS, the would-be cop-killer is in custody and will be arraigned today. #EnoughIsEnough pic.twitter.com/R8WFJGR9X1

Williams has been described by NYPD officials as a “career criminal” whose lengthy police record includes a 2002 attempted murder conviction for a Bronx crime spree that ended with a shoot-out with law enforcement.

The weekend ambush shootings sparked more furor between NYPD officers and Mayor de Blasio, as cops continue to blame him for many ills in the Big Apple.

“Mayor De Blasio, the members of the NYPD are declaring war on you!” the Sergeants Benevolent Association wrote in a tweet. “We do not respect you, DO NOT visit us in hospitals. You sold the NYPD to the vile creatures, the 1% who hate cops but vote for you.

“NYPD cops have been assassinated because of you,” the tweet added. “This isn’t over, Game on!”