Luther Trent faced 18 various charges, including arson and three counts of attempted murder. He accepted a plea agreement and served less than six months in custody. 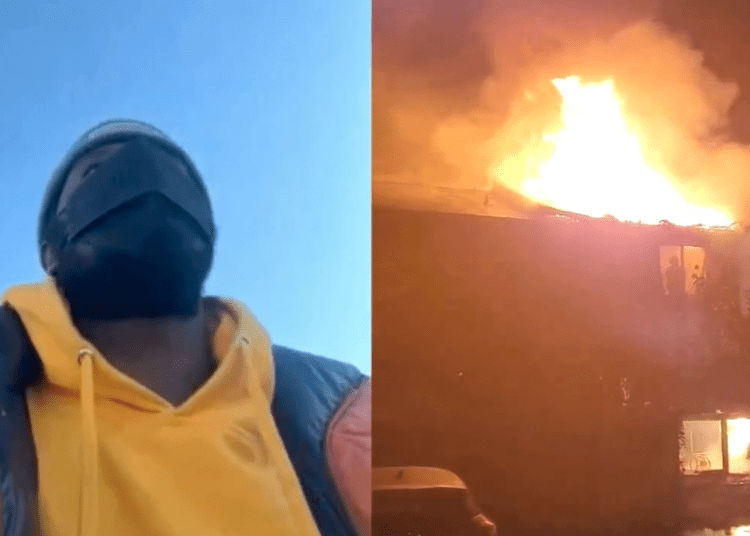 Luther Trent, left, was originally facing 18 charges, including three counts of attempted murder. He accepted a plea agreement and was released from custody in less than six months. (Screenshot WBFF)

BALTIMORE – In a surprising public statement, a Baltimore man who pleaded guilty to arson in the burning of his ex-girlfriend’s home said he was surprised by a plea deal he received.

It is a far cry from the typical denial, “I didn’t do it.” Luther Trent not only admits his guilt, but says authorities didn’t keep him locked up long enough as it sends the wrong message.

“I was just charged with 18 different counts, that was dropped to 10, that was dropped to one. When I shouldn’t be out right now. I disrupted somebody’s life. I traumatized somebody because of how I felt in a situation,” Trent said, according to WBFF. “Personally, yes, I want to be out but principally, no I shouldn’t be out because I could have done a lot more damage than I did. I was expecting to get time. People who were in that situation, they should expect to get time.”

Not only was Trent charged with arson, but he also faced three counts of attempted murder after the occupied building was gutted by flames.

Trent pleaded guilty to one count of first-degree arson after setting his ex-girlfriend’s house on fire while she and her two roommates were inside in May of last year. He was given a 10-year suspended sentence.

The plea agreement offered by the Baltimore City State’s Attorney’s Office essentially amounted to fewer than six months in jail for Trent who was recently released from custody, Fox News reported.

Trent’s statement is an indictment on liberal prosecutors who think they are engaged in a noble cause by offering violent defendants limited exposure. He said his plea deal “most definitely” sends the wrong message to criminals in Baltimore.

Fox News reached out to State’s Attorney Marilyn Mosby’s office for a comment.

“Based on the circumstances of the case and the defendant’s lack of criminal record, we made an offer within the sentencing guidelines to secure a felony conviction and to ensure that the defendant remained under the supervision of the State with a court-ordered stay away from the victim,” a spokesperson for Mosby’s office said.

Trent’s ex-girlfriend, identified only as Alexis, said she was stunned by the plea offer.

“I was in shock. I didn’t really know what to feel,” Alexis previously told WBFF. “It doesn’t seem like justice was served, it feels like a political game, but not my justice.”

Roya Hanna is looking to unseat Mosby. The former prosecutor rightly said that this kind of plea will only empower criminals and lead to further destruction of the area.