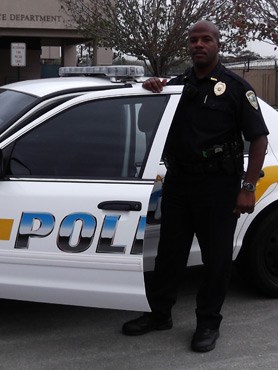 A Patterson (LA) police officer is in the hospital this evening after being allegedly stabbed multiple times by a shoplifting suspect.

According to a spokesperson with the Patterson Police Department, Corporal Kevin Stewart reported to call about a shoplifter at a business on Catherine Street around 5:30 p.m. this evening.

When Cpl. Stewart attempted to arrest the alleged shoplifter, the suspect wrestled Cpl. Stewart’s pepper spray gun from his grip and began to stab Stewart with a steak knife to the face.

The suspect has been identified as Tim Duval of Patterson.

Duval then reportedly used the pepper spray gun against Cpl. Stewart. After pinning Duval down, Cpl. Stewart was able to apprehend him.

Share and speak up for justice, law & order...
Tags: headlineknifelouisianaNewsshopliftingtactics