The Maximum Speed Is 25 MPH. 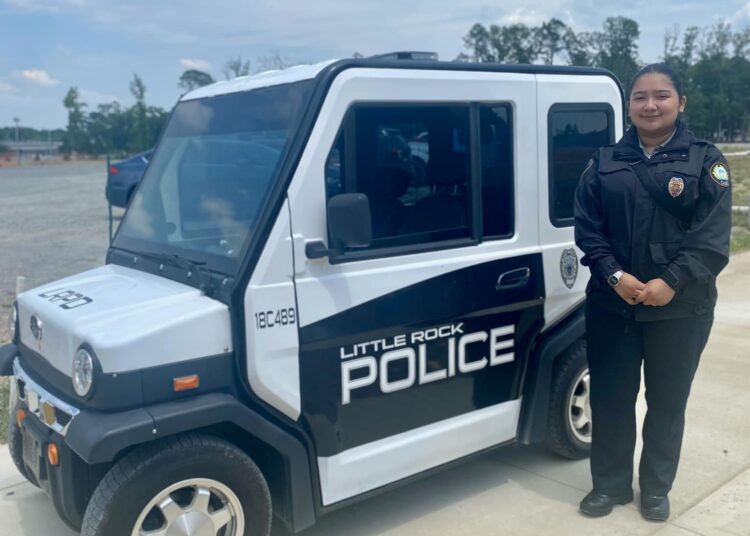 LITTLE ROCK  — The Little Rock Police Department is receiving national attention after a photo of one of their vehicles went viral on social media. KATV reports that people all over the country commented on the miniature character of the car joked that it “runs off of two AA batteries” and that if chased by the police, they would “definitely get away on foot.”

Sophia Martin, a resident of Memphis, said she was humored when she saw the social media post.

“I saw the new police car and I thought it was hilarious. Are they going to catch the bad guy? It doesn’t look very fast,” Martin joked. “I thought if I was going to commit a crime–this is the place to do it.”

Jennie Riley, a retired teacher who said she initially thought positively about the car.

“I wasn’t too sure about the purpose, but I thought it was very respectful and a way to get kids in to know that the police are safe people,” Riley said.

Little Rock Officer Brian Omundson, said the car is one of two owned by the police department and said it measures 8 ft long, 5.3 feet high and 4 feet wide.

“It actually helps us navigate Riverfront Park and get along these small side walks and other areas were we have lots of heavy foot traffic,” Omundson said. “We can safely patrol these areas without fear of possibly causing damage to an individual [and] the property in this area because the sidewalks are very small.”

Omundson said the cars can’t go on a high speed chase because they don’t go faster than 25 mph.

“If we were making an arrest we would end up bringing a patrol car just to have one of the safety cages in the back,” Omundson said.

Omundson said the car is all electric and that it makes great conversation piece.