Leadership Starts with You 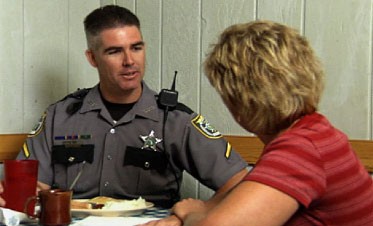 I have spent almost my entire adult life in law enforcement.  I have truly enjoyed the journey, even though I have bumps and bruises from the ride.  I spent my early years seeking the joy in stopping the bullies who cause the chaos in the lives of those who just want to live their lives.  I worked hard to pull drunks off the streets when it was not fashionable to stop drunks.  As the town got rougher, I enjoyed stopping real thugs from destroying others’ lives and always enjoyed kicking a door or serving a warrant to take those kinds to a place they deserved.  That is the rough and tumble stuff we ask of those who take the oath to protect and serve.   I truly enjoyed what I did but I often stated how much better I could do the boss’s job.  You know those words, “If I were sergeant”, If I were lieutenant” or god forbid, “If I were chief.”

As I rose through the ranks, there were certainly many things I could do and there were plenty I had no control over.  That is how the chain of command works.  One thing I did learn is that it was not always as easy doing the job that I once imagined.  As a chief now, I have gained a little wisdom and have the responsibility to care for all my people.  I have worked for good and bad bosses and have been the same.  I state all this because I see two sides to this issue that many don’t see.

By sheer numbers, supervisors are outnumbered by line officers and I see so many articles tearing down bosses and blaming every issue on them.  I have often found that those who think they know the most about leadership are those who have never been in that position.  It is a lot easier to speak about how to do something than to be in the position to do it.  Although the most amount of physical work I did was as a patrolman, it was the least complicated job I ever had.  I had to take care of me and my assignments (and complain about my bosses), I did not have to be responsible for anyone else.  Part of the problem in developing leaders is we wait until someone is in what we often title a leader position to begin to teach leadership, if we do at all.

I would suggest that we teach leadership to the recruits and line officers everyday so that they develop skills that will benefit them now and when they rise in the ranks.  Learning the important things about leadership will help in every aspect of an officer’s career and life.  Several years ago, in a joint training with other departments, some guys were complaining about a new sergeant and what a bad police officer he was.  There was talk about “brown nosing” and the chief’s pet.  I asked how long the guy had been a problem and they identified it had been pretty much from the day he started.   I asked if they had ever trained him or worked with him when he behaved in a way they saw was wrong and they stated they had.  I then asked if they had ever done anything to correct the behavior or reported him to others, they admitted they had not.  I made only one point, they were as much to blame for his ascendency as anyone else on the department.

Complaining about leadership is easy but leadership itself is hard, if it wasn’t everyone would be good at it.  Developing the skills of a leader will mean you must take the risk of owning the things you do and that go on around you.  The skills needed to be a good leader apply as much to the line officer as it does to the person holding rank because leadership is not about rank it is about caring for people.  Police officers, line and rank officers, are in leadership positions in the community every day.  If a department is having a problem with their communities, I would suggest that there is a leadership problem.  It will certainly be in the top ranks but that transfers all the way to the bottom.  You don’t have to wait to be a leader, start today by treating people well, taking care of them and working side by side.  It is what you would expect from those above you.

In future articles, I will outline what that looks like and how to develop those skills from the bottom up.

Share and speak up for justice, law & order...
Tags: exclusiveLeadership