21 Police Officers Have Died From COVID-19

UTAH – A state lawmaker in Utah says police should not be able to tap public DNA databases to solve crimes. Moreover, he’s fighting the cause even though polls show most people in the state favor it.

If Rep. Craig Hall’s bill passes, Utah would be the first state in the country to put limits on how police can access databases made up of commonly used mail-in DNA tests from companies such as 23andMe or Ancestry, reported The Salt Lake Tribune.

People take these tests for genealogy purposes and maybe to learn a little about their health. All the while, it’s quickly becoming a resourceful investigative method for detectives trying to solve cases when they have run out of leads.

Police with DNA from an unknown suspect hire experts who can try to find a distant relative and then work their way backward.

In Utah alone, these rather expensive tests have led police to a man who broke into a stranger’s home and sexually assaulted her, a teen who brutally assaulted an organist in a church — and the arrest of a man who police believe raped at least 11 women in Utah and Wyoming over a decade and may have committed murder. 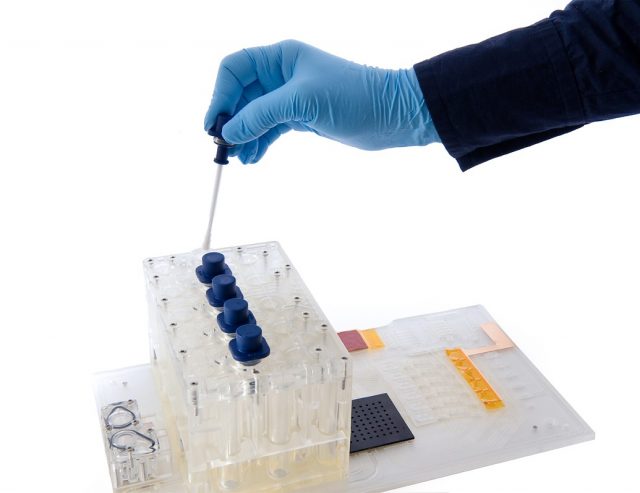 Furthermore, it was used to identify a California man police say is the notorious Golden State Killer, accused of murdering more than a dozen people and raping more than 50 in the 1970s and ‘80s.

Nevertheless, there are critics, who’ve raise questions about privacy and ethical concerns about how a distant family member’s DNA is used, The Tribune reported.

Hall, R-West Valley City, wants to stop police from mass-searching these databases without an identifiable suspect. But police have primarily used these DNA databases precisely because they don’t have a suspect identified — they might have blood or saliva found at a crime scene, but they don’t know to whom it belongs.

“It’s really just a fishing expedition,” Hall said. “[Police access] hundreds of thousands of DNA samples, even if they don’t have a particular suspect in mind.”

Regardless of Hall’s concerns, most people in Utah support this type of policing, according to a recent statewide poll by The Salt Lake Tribune and Suffolk University.