Luis Herrera falsely claimed his father was beating his mother, prompting police response prior to the fatal shooting 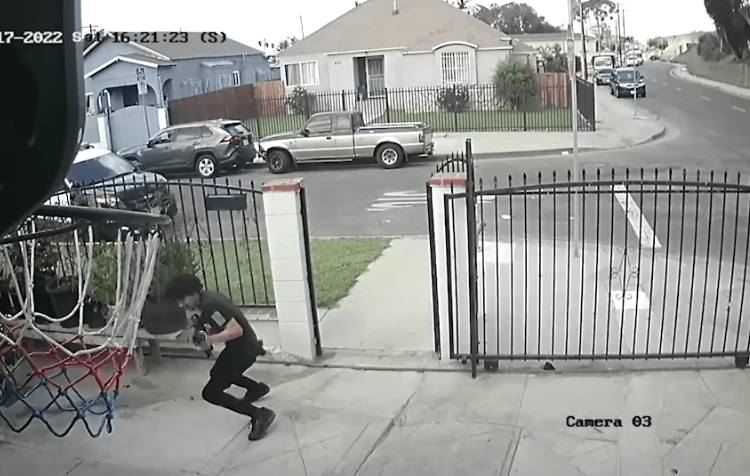 LOS ANGELES – The Los Angeles Police Department released graphic bodycam and surveillance footage from the fatal officer-involved shooting of a 19-year-old man who aimed an Airsoft rifle at police after falsely reporting a domestic violence incident.

Luis Herrera, 19, called 911 on multiple occasions seeking police regarding a domestic violence incident. He claimed that his father was drunk and was beating his mother and him, according to 911 calls released by LAPD.

On Sept. 17 at about 1:20 p.m., two officers with LAPD’s Southeast Division responded to the domestic violence call at Herrera’s home in the 400 block of West 102nd Street, Law Officer previously reported.

As responding officers approached the house, Herrera, dressed in all black, emerged from the front door holding “what appeared to be a black rifle,” the Los Angeles Police Department said in a press release.

In video released by LAPD, the officers immediately respond by seeking cover while yelling at Herrera: “Hey! Hey! Hey! Put that down!”

Herrera refuses to comply with the officer’s commands to drop the rifle as police take cover around the corner.

“Herrera shouldered the rifle and pointed it at the officers, resulting in an (officer-involved shooting),” the release stated.

Herrera was struck by a police gunfire and fell, but maintained control of the weapon while writhing on the ground in the front yard, the New York Post reported.

It was later determined that Herrera’s rifle was an Airsoft weapon. Police also found a replica handgun made to resemble a Glock pistol at the scene. 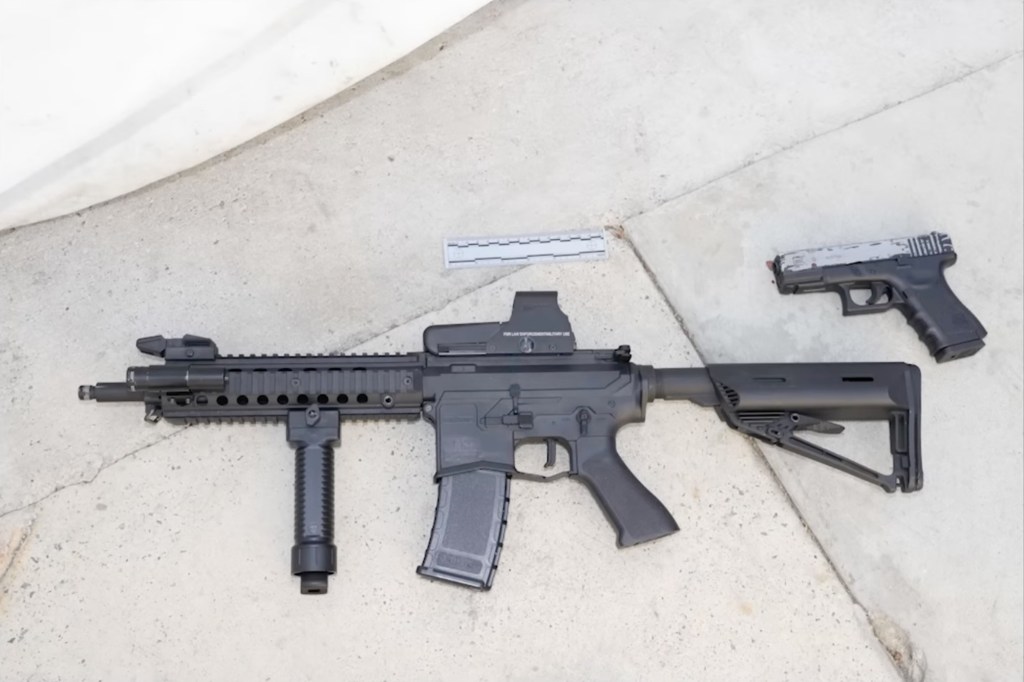 The rifle was later found to be a realistic-looking Airsoft weapon. Herrera also had in his possession a replica handgun, right. (LAPD)

Furthermore, follow-up investigation revealed there was no evidence of domestic violence between Herrera’s parents, contrary to what the 19-year-old said during two 911 calls.

LAPD’s Force Investigation Division is looking into the fatal OIS. At the conclusion of the probe, it will be reviewed by the chief of police, the Board of Police Commissioners and the Office of the Inspector General to determine whether the use of deadly force was justified.