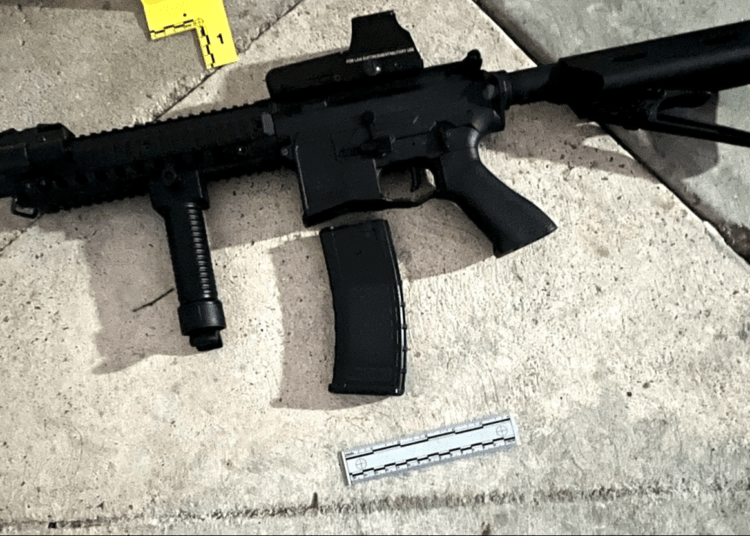 LOS ANGELES – Officers with the Los Angeles Police Department were confronted by a man armed with a realistic looking firearm that turned out to be an Airsoft rifle. The face-off ended with the man’s death, according to authorities.

Officers fatally shot the man Saturday about 1:20 p.m. in the 400 block of West 102nd Street, in the Vermont Vista neighborhood, according to Detective Meghan Aguilar.

LAPD originally responded to the area regarding a domestic disturbance. When two officers arrived, a man believed to be about 19 years old emerged from a residence holding a black rifle, Aguilar said.

The man who foolishly confronted officers with the Airsoft rifle sustained gunshot wounds to the chest by police and was pronounced dead at the scene, KTLA reported.

“We’re not sure that that rifle was an actual working rifle or if it was an Airsoft rifle,” Aguilar said immediately following the fatal encounter.

By Saturday night, LAPD determined it was an Airsoft weapon designed to shoot plastic projectiles.

Police did not immediately disclose if one or both officers discharged their weapons. The investigation of the officer-involved shooting will include bodycam footage as well as other surveillance video that is apparently available.