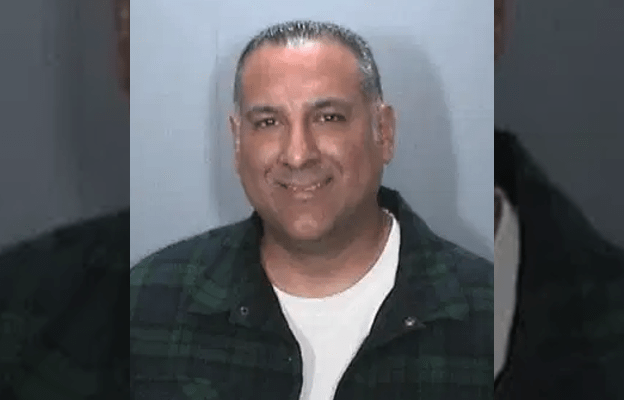 ORANGE, Calif. — An LAPD officer was arrested for allegedly stealing a vehicle from a used car dealership in the City of Orange, officials said Tuesday.

Authorities arrested Matthew Calleros, a 45-year-old officer with the Los Angeles Police Department’s Hollenbeck Division, in the city of L.A. Monday evening on suspicion of auto theft and possession of a stolen vehicle, KTLA reported.

Following his arrest, he was booked at the Orange County Jail and subsequently released just before 3 a.m. Tuesday, according to inmate records.

The Orange Police Department (different agency from the Orange County Sheriff’s Department) said it received a report of a stolen vehicle from a dealership in the 1100 block of W. Chapman Avenue in the City of Orange on Oct. 25, 2019. According to detectives handling the case, Calleros was identified as a suspect.

Consequently, LAPD said it has suspended Calleros’ peace officer powers pending the investigation by the City of Orange and its own personnel probe. He has been “assigned home,” according to LAPD.