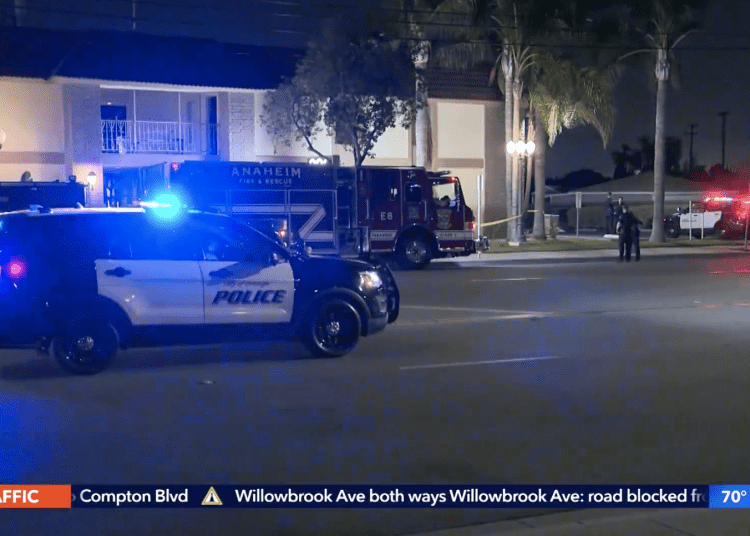 ORANGE, Calif. — A gunman opened fire at an office building in the City of Orange Wednesday, killing four people and wounding a fifth. The shooter was also wounded, officials said. A child was among those found slain when officers responded to a report of shots being fired at 202 W. Lincoln Ave. around 5:30 p.m., said Lt. Jennifer Amat with the Orange Police Department.

The shooting was still active when officers arrived on scene at the two-story office building, Lt. Amat said, adding that at least one officer opened fire on the gunman. But Lt. Amat later said officials were still working to determine whether the suspect was shot by police, or if he sustained a self-inflicted wound, KTLA reported.

It was unclear what prompted the attack. Amat said the shooting occurred on both levels of the building. The multi-tenant building houses various businesses such as a mental health counseling services office, State Farm Insurance, a financial consulting firm, a legal services firm and a phone repair store.

One woman was injured and is in the hospital, the lieutenant said, adding that the shooter was also transported to a hospital after being taken into custody. Amat later confirmed that both the woman and the shooter were in critical condition and suffered gunshot wounds.

A news helicopter was overhead, and footage from the scene showed multiple agencies responding and authorities could be seen trying to resuscitate a woman.

A man who lives in an apartment across the street told KTLA he was headed to get dinner with his wife when officers began urging him to get to safety, warning of an active shooting.

He says he heard “seven to 10 gunshots within a couple seconds,” and a total of about 13 shots, before seeing a woman dead on the ground outside the building.

Paul Tovar was among those who gathered outside the building after the shooting to get word about loved ones.

Cody Lev says he was sitting in his residence near the scene when he heard a series of gunshots, spaced out by about 40 minutes, before police responded to the area and additional gunshots rang out.

By 7 p.m., police said the situation was stabilized and there was no longer a public threat.

Today at 5:30pm, the Orange Police Department responded to a call of shots fired at 202 W. Lincoln Ave. Officers arrived…

The Orange Police Department said Wednesday night’s shooting was the deadliest they’ve encountered since 1997, when four state transportation employees were killed in a work yard by a former co-worker, the L.A. Daily News reported.

The City of Orange is located within Orange County. It is about 30 miles southeast of Los Angeles.