Trial began this week in a 2018 lawsuit filed by Capt. Lillian L. Carranza against her department 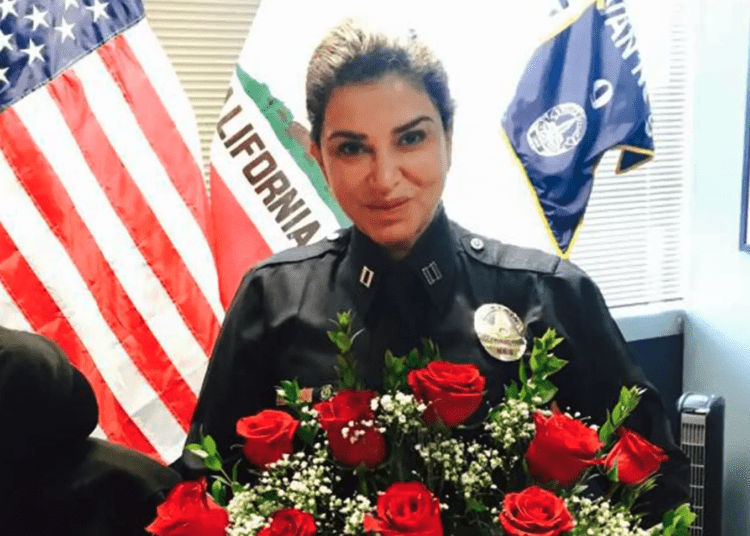 LOS ANGELES – A captain with the Los Angeles Police Department said she was so distraught when co-workers distributed a fake nude photo of her that she wound up hospitalized on Christmas Eve several years ago.

Capt. Lillian L. Carranza is represented in a 2018 lawsuit by attorney Greg Smith. He told jurors Thursday that when the police veteran of 33 years learned about the manipulated photo which became circulated, her blood pressure spiked, landing her in a hospital bed during the holiday, the Los Angeles Times reported.

Carranza claims in her lawsuit that department hierarchy knew the “deeply humiliating” naked image was being circulated within the agency, along with hurtful comments, but never notified her.

The trial on the civil action began earlier this week. She is expected to testify on Tuesday.

LAPD Chief Michel Moore offered testimony on Thursday. He said the widely distributed image was intended to “ridicule, embarrass or harass or smear” the police captain.

However, he said that after Carranza filed a lawsuit against the department in late 2018 and asked him to notify its 13,000 employees that the image was fake, he declined since he believed doing so might create “a viral interest, human or otherwise” and a “potential for further embarrassment,” with others likely seeking to find the image, the New York Post reported.

In recent court documents, Carranza said she believes parts of her face were Photoshopped onto the nude image, according to the Los Angeles Times.

“I noted that the facial features of the woman in the picture bore a striking resemblance to me, although the photograph was not actually of me,” she said in a declaration. “In fact, I concluded that my own eye appears to have been Photoshopped into the picture.”

Furthermore, Carranza said she felt “hurt, abandoned and devalued by my superiors … who took no steps to prevent known harm to me from occurring and who stood by and watched, encouraged or simply looked the other way as I was ridiculed, humiliated and degraded by fellow LAPD employees, despite my persistent pleas for help.”

Carranza, the current commander of the department’s Gangs and Narcotics division, also claims she was victimized years before, when in 2013 a detective supervisor was allegedly captured on audio telling her that she was a “very cute little Hispanic lady” who had been “swapped around a bunch of times,” according to the lawsuit.

She asserts that each incident is evidence of a sexist culture within the department that subjects women to ongoing harassment.