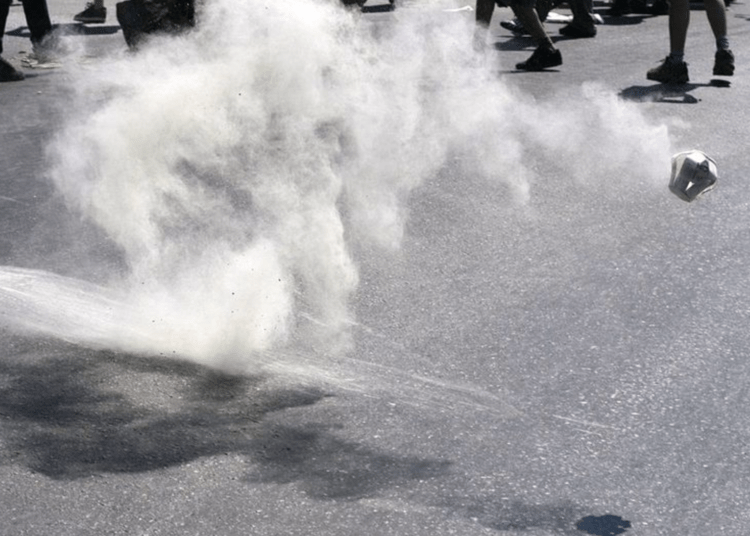 RICHMOND, Va.  — A Richmond judge denied an emergency injunction request Tuesday from the American Civil Liberties Union of Virginia seeking to prohibit law enforcement from using chemical agents or any other devices to disperse protesters.

The Virginia branch of the ACLU filed a lawsuit last week in Richmond Circuit Court. The suit was filed on behalf of the Virginia Student Power Network against Richmond, the city’s police department and also Virginia State Police, WRIC reported.

The allegations in the lawsuit claim that demonstrators had their First Amendment rights infringed upon after an unlawful assembly was declared outside City Hall the night of June 22 into the early hours of June 23.

“We’re disappointed with the court’s decision and we will continue to fight in court to bring justice to people who are speaking out against systemic, anti-Black racism by continuing to pursue this lawsuit on behalf of the Virginia Student Power Network and individual protestors,” the ACLU of Virginia said in a statement. “While the court’s opinion suggests that the appointment of yet another new police chief in Richmond leaves open the possibility that the tactics of police might change, we fear the violent police response to protesters will remain the same as the faces in the chief’s uniform have changed.”

After oral arguments in the case Monday, Richmond Circuit Court Judge Beverly Snukals said that a ruling would be made “promptly.” Snukals agreed with the city attorney’s argument that an injunction would prevent police from being able to do their jobs, reported WRIC.

“An injunction would constitute an unwarranted intrusion into and interference with the ability of law enforcement to do its job during an unprecedented period of civil unrest,” Snukals said in the written order.