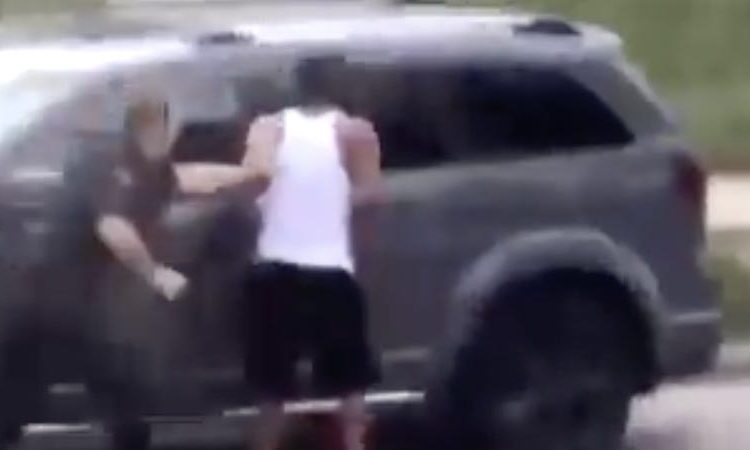 Kenosha, WI – Jacob Blake has filed a federal lawsuit against the police officer accused of shooting him on August 23, 2020. Blake was shot after he fought officers and was in possession of a knife. Officer Rusten Sheskey is the only defendant named in the suit according to the Washington Examiner.

Blake was the victim of the officer’s use of excessive force, the lawsuit claimed, alleging the officer acted with “malice, willfulness, and reckless indifference to [Blake’s] rights” and that as a result, Blake “suffered catastrophic, permanent injuries.”

Ben Crump  is one of the lawyers representing Blake.

“Nothing can undo this tragedy or take away the suffering endured by Jacob, his children, and the rest of the Blake family,” Crump said in a statement. “But hopefully today is a significant step in achieving justice for them and holding Officer Sheskey answerable for his nearly deadly actions — actions that have deprived Jacob of his ability to walk.” 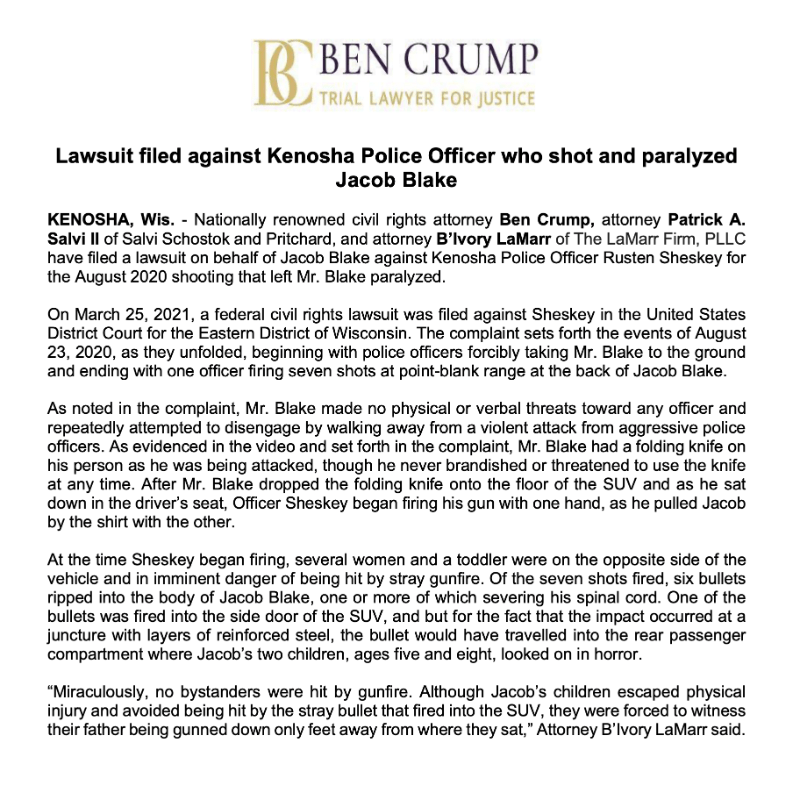 The lawsuit does not specify damages. Officer Sheskey is still employed with the Kenosha Police Department but is on administrative leave.

District Attorney Michael Graveley announced in January that none of the officers will be charged and that charges will not be pursued against Blake.