Jacksonville Officer Killed In Crash, While Responding To Crash 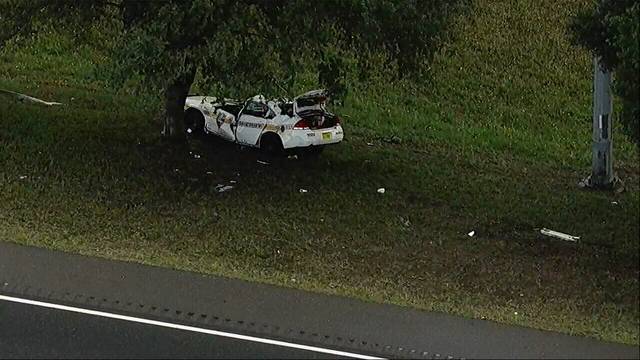 A patrolman with the Jacksonville (FL) Sheriff’s Office died early Tuesday after a violent single-car crash.

The patrol car crash was reported about 4:30 a.m. at I-295 northbound and Alta Drive. All northbound lanes are blocked.

Sheriff Mike Williams said the officer was responding to a crash on I-295 after a vehicle had reportedly run off the road. He said weather was possibly a factor in the officer’s crash, but the Florida Highway Patrol will determine the cause during its investigation.

News 4 reports that the officer’s family has not yet been notified.

Law Officer was one of the first major media organizations to discuss the dangers of law enforcement driving.  Launching the Below 100 Campaign in 2010, Law Officer is now a major sponsor of the “Drive To Survive” Seminar, which is one of the most successful and longest running police driving seminars in the country.

Vehicle incidents have killed more officers in the last two decades than all other incidents combined.  Contact the Drive To Survive Seminar and ask for the Law Officer discount.

Share and speak up for justice, law & order...
Tags: drive to surviveOfficer Down