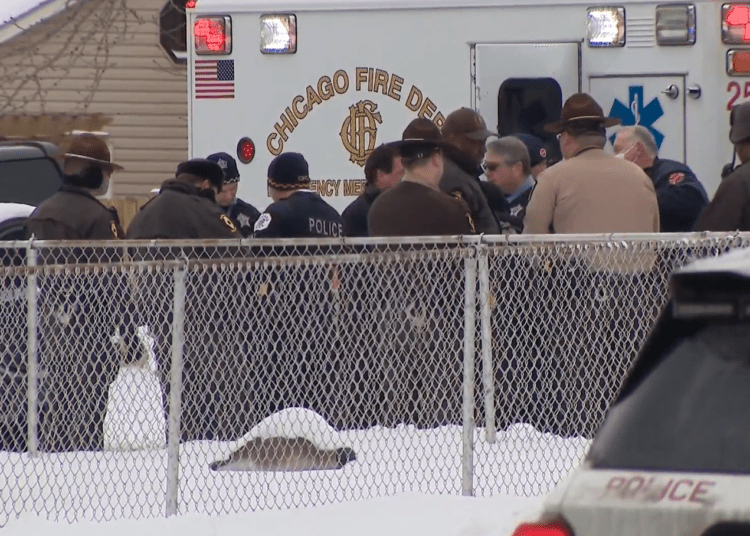 CHICAGO – An off-duty trooper of the Illinois State Police and a woman were found dead in a car on Chicago’s South Side on Monday. Both individuals had been fatally shot, the agency said.

Trooper Antonio Alvarez, 30, and Amanda Alvarez, 31, of Chicago were discovered inside a personally owned vehicle and were both pronounced dead at the scene, the State Police said.

Both had been shot in the head, according to law enforcement authorities. They were discovered around 1:40 p.m., NBC Chicago reported.

The investigation is being conducted by the Chicago Police Department.

A firearm was recovered at the scene, according to CPD.

Yahoo news reported the couple was married and the deaths have been ruled a murder-suicide.

The Cook County Medical Examiner confirmed that the off-duty trooper was the gunman and concluded his death a suicide. Amanda Alvarez’s death was categorized as a homicide, Law&Crime reported.

According to WLS, citing the victim’s relatives, the couple was separated at the time and Amanda Alvarez planned to leave her husband for good when she was killed.

The woman also went by Amanda Calo. She was a Chicago Public School pre-kindergarten teacher at Matthew Gallistel Language Academy on the East Side of Chicago. She was a mother of two children, ages 1 and 4 years old, Law&Crime reported.

The Chicago Teachers Union remembered their fallen member via Twitter.

Another devastating loss for one of our school communities as we mourn the tragic death of Amanda Calo, proud Chicagoan and Pre-K teacher at Gallistel ES. Amanda leaves behind two children in Myla (1) and Eli (4). Please find in your heart to support. https://t.co/lAvdlX9pED

Antonio Alvarez had been a state trooper for three-years, according to ISP.