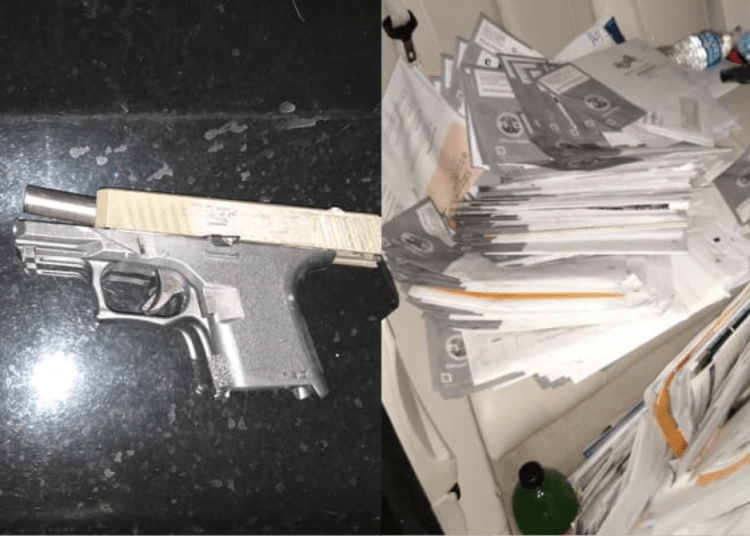 TORRANCE, Calif. — Hundreds of ballots for California Gov. Gavin Newsom’s recall election, drugs, a loaded gun and multiple driver’s licenses were found last week with a felon who was passed out inside a vehicle, according to police.

The Torrance Police Department responded to a call of a man passed out in a vehicle at a 7-Eleven store on Aug. 16, the agency said.

Investigation revealed the suspect was a felon in possession of thousands of pieces of mail, including more than 300 ballots for the upcoming recall election of the state’s embattled governor. Police said the man was also in possession of Xanax tablets, a loaded firearm, methamphetamine, a scale and multiple California driver’s licenses and credit cards in other people’s names, KTLA reported.

The Torrance Police Department did not identify the suspect in their press statement.

Police said new election ballots were being sent to those identified through the investigation. Although it was not immediately clear how the ballots ended up in the suspect’s possession, or what he planned to do with them, the crime has not been tied to any additional thefts of election ballots, Fox News reported.

The crime is being investigated in partnership with the U.S. Postal Service and the Los Angeles County District Attorney Public Integrity Unit, Torrance police said.

The felon was taken into custody and faces several weapons, narcotics and forgery charges.

Newsom’s recall election will be held on Sept.14.