How to Get Arrested Using Social Media 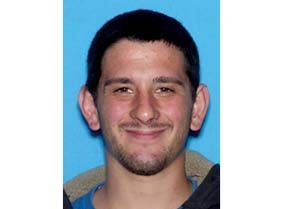 Did you hear the one about the burglar who was identified (and arrested) because he checked his Facebook page at the house he robbed and forgot to log out before he left with the loot? That one dates back to 2009.

More recent is the story of Matthew Oliver. This guy is no rocket scientist either. Earlier this month, when the Pasco Sheriff's Office posted his wanted photo on Facebook, he responded to his own wanted post.

"You guys are going to pay for… believing a crackhead and… slandering my name," Oliver wrote on the sheriff's office Facebook page. "Pasco County has nothing but fools investigating crimes for them that's why these mix up[s] happen."

There are many stories of people making it way too easy for police to file charges while providing immense entertainment for the rest of us.

Following are a few notables.

In Chicago, a 15-year-old kid was arrested recently after he threatened a "mass homicide" if George Zimmerman were to be found not guilty of killing Trayvon Martin. He was charged with a class-four felony.

Another teen in Astoria, Ore., went to jail after he posted—after a night of drinking—on Facebook: "drivin drunk… classic; but to whoever's vehicle I hit I am sorry. :P"

Two tourists from the UK had their vacation cut short after one of them tweeted, "I'm going to destroy America and dig up Marilyn Monroe." When they landed in Los Angeles, they were greeted, detained and then sent home, despite explaining that "destroy" is British slang for "party."

My favorite is the story of Angela Voelkert. She created a fake Facebook profile, "Jessica," and friended her ex-husband with it in order to get some dirt on him in their child custody battle. Her ex, David, posted a chat message to "Jessica" that he was going to track his ex-wife with a GPS device and kill her. Angela Voelkert took that post to the FBI who arrested him.

However, after four days in jail, David E. Voelkert was released when he showed the feds a sworn affidavit explaining he knew it was a ruse all along and lied to trap her: "the lies that I am placing in this chat [are]… proof what my ex-wife has been doing, so this will be part of such. In no way do I have plans to leave with my children or do any harm to Angela Dawn Voelkert or anyone else."

Not so funny is the real murder-for-hire that transpired on Facebook when Christine Metter and her father tried to hire her former high school friend to kill her husband. She's currently serving 10 years, and her father is serving nine.

Meanwhile, after spending the weekend in a Pasco County jail, Matt Oliver changed his profile photo to one of himself flipping the bird at the photographer.

Whom could that be for? I wonder.

Editor's Note: Lauri Stevens will be joining Law Officer to write on social media and law enforcement, so keep an eye out in these pages. To attend the SMILE Conference, visit www.SmileConference.com.

Share and speak up for justice, law & order...
Tags: GPSInvestigationsTacticalTraining