How Do You Define Reasonable? 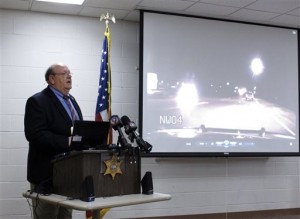 I am attending the Reasonable Force Conference hosted by the NLETC in conjunction Kansas City Police Department.  It is a diverse group of seasoned, semi-seasoned instructors and use of force professionals.  But it got me thinking, with so many officers, from so many agencies, how do we define what reasonable is and how do we teach recruits to understand what reasonableness is?

How do we protect officers against adverse media interactions, administrative penalties, and more recently criminal prosecution?

Techniques, take downs, arm-bars, holds, escorts or whatever, have been around for a long time.  One might say as long as people have been fighting, people have attempted a variety of physical controls moves, attacks and defenses.  Most of those are formal fight arts today, used in styles like Karate, Judo, and Mu Thai.  But these arts do not translate well into law enforcement training.  The reason is simple. They are labor intensive, and do not mirror reality.  They are generally (now) in a controlled “sporting” environment.  There is slim chance of serious injury or death, but it would be accidentally as opposed to incidental, or purposeful much like an attack on a police officer.

So, how do we get recruits to understand the “correct” and “reasonable” application of force?

But how do you translate a technique to someone that has never been in a street fight, wrestling match, or combative environment?   There needs to be some modicum of formal instruction on some style, technique or control methodology.  But what is the reality of that technique when it hits the street? Is it going to be the same perfect technique that was practiced in a controlled manner, with people that really didn’t want to get hurt?   The reality is the application of force on the street may not look anything like it was “trained”, but that doesn’t mean that it was unreasonable, outside training, or outside policy.

We as trainers and professionals are coming at this in the wrong direction.  We need to start from a different direction.  The recruits, and techniques will take care of themselves.

The correct format for change and understanding reasonableness is attacking it from the administrative level and down.   The top collar brass of any agency haven’t seen the streets in any proactive, or reactive manner other than driving to and from work.  Now this isn’t a knock on collar brass, they earned (hopefully), their rank, and are good at what they do, but patrolling the streets while dealing with the crack heads, meth heads, and other criminal elements has long since passed by them.  They do not know what the realities of the street, and how something could be reasonable.  So the decisions makers need to be through an intense review, on contemporary realities of force, covering the full gamut of information from all of the current research on both sides (plaintiff {academic}, to defense).  This means a briefing on human performance, varied techniques, tactics, what really goes on the streets, to what plaintiffs lawyers/experts are saying on the topic of force.

While we spend so much time and energy on training our line officers (and we should), it only makes sense to ensure that those that stand in judgment, receive equal training so they also know what is “reasonable” when they read reports or evaluate video evidence.

Share and speak up for justice, law & order...
Tags: TrainingTraining