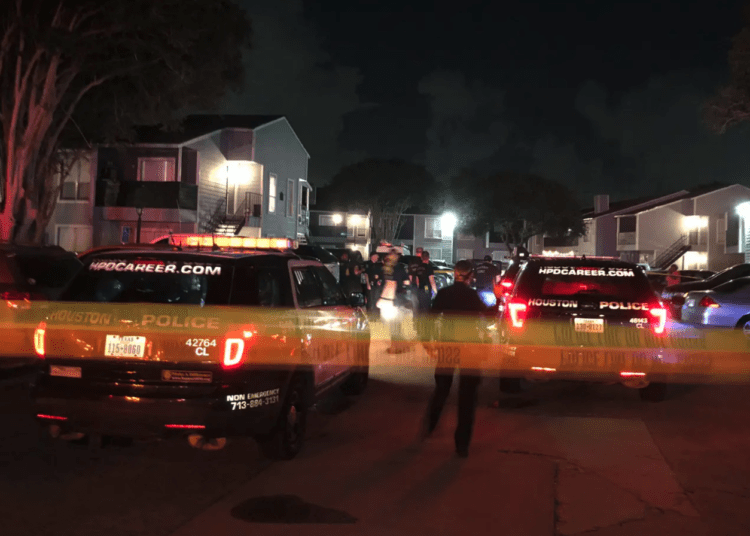 HOUSTON – A woman in Houston fatally shot a man who was reportedly stalking her after the suspect kicked in her front door, police said.

The shooting took place last Monday evening at the Gateway at Ellington apartment complex. Officers of the Houston Police Department responded to the Harris County apartments and found a male with a gunshot wound to the chest.

The suspect who was not identified by law enforcement authorities was pronounced dead at the scene, according to the New York Post.

The unnamed woman shot the suspected stalker once he booted in her front door, damaging the door frame, police confirmed. Other people were inside the residence when the suspect tried to force his way into her home.

The woman had recently relocated to get away from the man, SBG San Antonio reported.

HPD posted a photo of the scene to Twitter on Monday, saying officers from its Clear Lake Division responded to the incident.

The investigation remains ongoing, according to authorities.