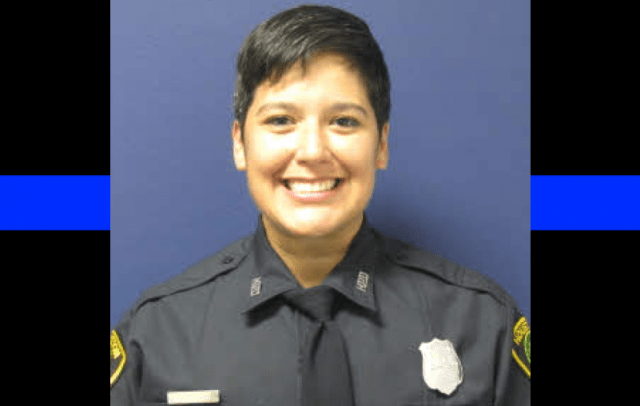 HOUSTON – An officer of the Houston Police Department died in a head-on car collision on Interstate 10 near Sealy on Thursday morning.

The woman identified as off-duty Officer ​Gizelle Solorio, 32, was driving a 2013 Toyota Tacoma the wrong way in the westbound lane when it struck the front of an 18-wheeler, according to the Texas Department of Public Safety. Justice of the Peace Precinct 4 Judge Bernice Burger pronounced Solorio dead at the scene of the crash, Click2Houston reported.

With heavy hearts, we learned one of our own died in a crash on I-10 West near Sealy at 6:30 a.m. today. Officer Gizelle Solorio was off duty at the time. We ask for your prayers for Gizelle & her family. pic.twitter.com/NuS7CqeNWv

Guy Pearson, 65, was driving the 2018 Kenworth tractor-trailer when he was hit head-on by Solorio, according to the Texas DPS. Pearson was not injured.

Chief Acevedo said Solorio was stationed at Northeast Division, reported Houston Chronicle. During her training at the training academy, she was elected president of her academy class, Class 230, he said. He recalled her as a kind and good-natured officer with an “infectious smile.”

“We tell officers a smile is a sign of strength. It’s welcoming,” he said. “She understood that. She [had] a beautiful smile and energy. Everyone who knew her will miss her dearly.”

Solorio has been with HPD for two years and seven months, according to state records.

There was no explanation as to why Solorio’s vehicle was traveling in the wrong direction.