Gary Brooks ran onto the bus to save the driver 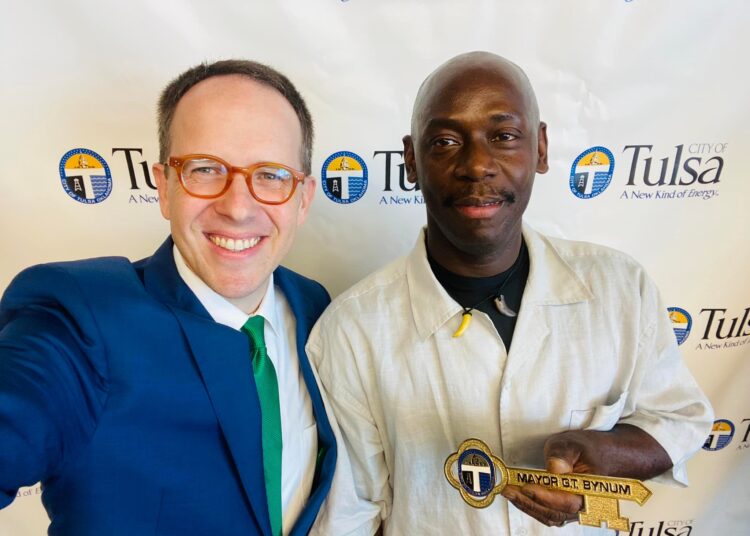 TULSA, Okla. — A Tulsa man is being hailed a hero after he observed a Tulsa Transit Bus Driver being beaten and stepped up to save his life. Transit authorities are calling the attack the worst attack on a driver in history and Gary Brooks is the hero that stopped it.

Brooks was working at a flea market around noon on Saturday when he saw a bus slow down and hit a pole. He said he saw a man on the bus beating the driver.

There were 15 passengers on the bus and two had already been injured when Brooks stepped in to help.

“When I ran across and get closer, I see there was a guy standing there just punching the driver in his face and the driver fell,” Brooks told Fox 23 News. “Just blood all over his face and his eye was swelling,”

As Brooks saw the brutal attack, he tried to open the bus door but it was locked. He ran to the back of the bus and convinced terrified passengers to open the emergency exit so he could enter. Once inside the bus, Brooks grabbed the suspect, Douglas Barnes, and placed him in a head lock until police arrived.

Brooks said the assailant called him “the n-word” and told him that he was going to kill him. Nothing deterred Brooks who said that God gave him the strength to win the encounter.

Barnes was arrested and charged with aggravated battery. The bus driver was taken to the hospital and is now recovering from his injuries.

Tulsa Mayor Bynum said that “by all accounts, Gary Brooks saved that driver’s life. He is a hero…”

Mayor Bynum presented Brooks with a key to the city in a ceremony on Thursday.