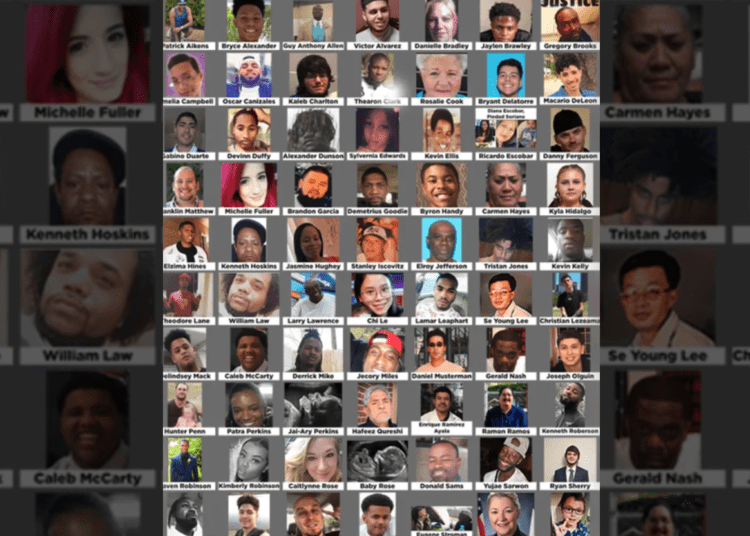 HARRIS COUNTY, Texas — Criminal defendants released on multiple felony bonds in Harris County — the most populous county in Texas — have killed 156 people since 2018, according to a victims advocate group. They’ve been outspoken critics of bail reform efforts that have seen terrorizing criminals released back onto the streets only to violently re-offend.

Houston, the largest city in the state, is part of Harris County. According to Rania Mankarious, CEO of Crime Stoppers of Houston, there are 113 defendants charged with capital murder that have been granted bond. The group has been tracking statistics in the quagmire change of bond policies, Fox News reported.

The public safety organization tracks cases involving defendants out on multiple felony bonds, including bond forfeiture and bonds for arrestees released on their own personal recognizance (PR), which do not require cash.

This has been part and parcel of the bail reform that advocates have sought, yet the devastating results cannot be ignored.

“We were seeing really violent, violent habitual offenders being released on either no bond or ridiculously low bonds, and we said, ‘This is going to wreak havoc,’” Mankarious said. “It’s the epicenter for bail reform run amok.”

The major shift in Harris County’s bail practices are due to a settlement from a lawsuit. Hence, they stopped requiring most people accused of misdemeanor crimes from having to put up cash or large sums to get out of jail. However, some judges have applied the policies to violent felony cases, said Mankarious, Fox reported.

The egregious results are undeniable as the bodies of murder victims are stacking up.

One case involves Rosalie Cook, 80, a grandmother of six. She died in 2020 when she was stabbed in a Walgreens parking lot after purchasing a greeting card. The suspect in her death, Randy Lewis, 38, was shot and killed by police, Law Officer reported at the time.

The woman who was previously widowed was described as the “perfect grandmother.” 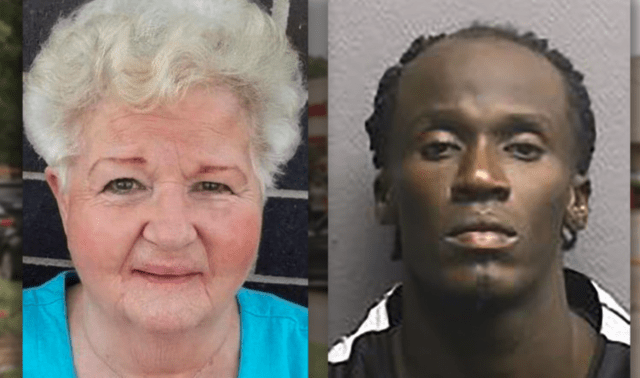 A responding officer arrived shortly after the stabbing and ordered Lewis out of Cook’s car. When Lewis attempted to rush the officer with the knife, he was shot twice, fatally.

Jail had been a revolving door for Lewis as he had been arrested 67 times and was out on two PR bonds at the time of the murder.

Randy Lewis should never have been free. Now an innocent woman has been murdered. Everyone deserves better. This is absolutely shameful. https://t.co/hfJ4dqfYxG pic.twitter.com/tqIr9Qlmln

“Randy Lewis should never have been free. Now an innocent woman has been murdered. Everyone deserves better. This is absolutely shameful,” the Houston Police Officers’ Union tweeted at the time.

Another appalling case involves Andrew Williams. He was in custody for a 2019 capitol murder charge in Harris County, yet released from custody on bond. Now he is accused of murdering Martha Medina, 71, on Sept. 23, 2021, during a robbery outside a McDonald’s in Houston. Williams allegedly stole Medina’s purse and struck her with his car fleeing the scene.

“If one capital murder case isn’t enough to keep somebody behind bars, then what is?” Medina’s son, Adrian Medina, told Fox News. “You left a wolf back out and a wolf is going to do what a wolf does and that’s not OK.”

Martha Medina, 71, was killed when a suspect released on multiple bonds in Harris County, Texas, allegedly robbed her and struck her with his vehicle. (Adrian Medina via Fox News)

Houston homicides increased 20 percent in 2021. The city finished the year with 473 killings.

In an effort to combat the lunacy, Texas Gov. Greg Abbott signed legislation in September that requires those accused of violent crimes to put up cash in order to get a PR bond, effectively getting rid of cashless release.

“Some see criminal justice reform as simply everybody’s innocent until proven guilty and therefore no one should be held,” Mankarious added. “We just want the nonsense to end and us to restore some type of criminal justice that makes sense and puts the victim first and the community first.”