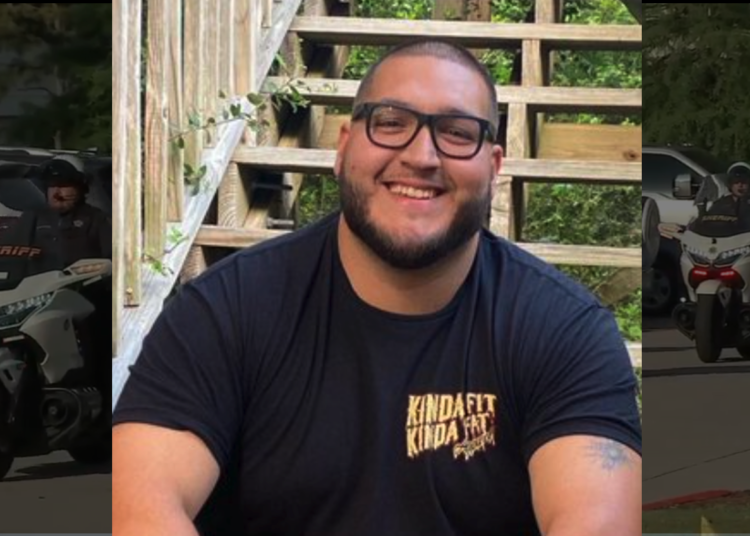 HARRIS COUNTY, Texas – A deputy in Harris County died Wednesday after a crash with a semi-truck and trailer on a Houston-area freeway and another was injured during an escort to the hospital, according to authorities.

Deputy Robert Adam Howard, 27, of the Harris County Sheriff’s Office was involved in a collision on State Highway 249 in a Houston suburb. He was rushed to an area hospital but did not survive, KHOU reported.

REST IN PEACE: Deputy Robert Adam Howard died in what has been described as a "horrific" crash this afternoon along the Tomball Parkway. He leaves behind a wife and two children.

The deputy’s patrol SUV hit the back of a stopped 18-wheeler on the highway, causing the law enforcement unit to basically tear apart in what the sheriff called a “pretty horrific impact,” according to ABC 13.

“We’re devastated that we’re losing such a great teammate described as a workhorse, described as having a great personality, funny, and just outgoing,” Sheriff Ed Gonzalez said as a large law enforcement contingent stood behind him outside Memorial Hermann in The Woodlands. “We have a lot of heavy hearts.”

It is with tremendous sorrow that we announce the passing of HCSO Deputy Robert Adam Howard (27). https://t.co/XqiKLUQmGz

During the escort of Howard to the hospital, a second deputy riding a law enforcement motorcycle was injured in a collision as authorities were blocking traffic.

Images of the scene showed the sheriff’s patrol vehicle with major damage on its left side and the roof ripped off. Nearby was a commercial truck situated on the side of the freeway, the New York Post reported.

Howard grew up in Jersey Village and was a Cy-Woods High School grad, according to ABC 13. He is survived by his wife, a 5-year-old son, and a 2-year-old daughter.