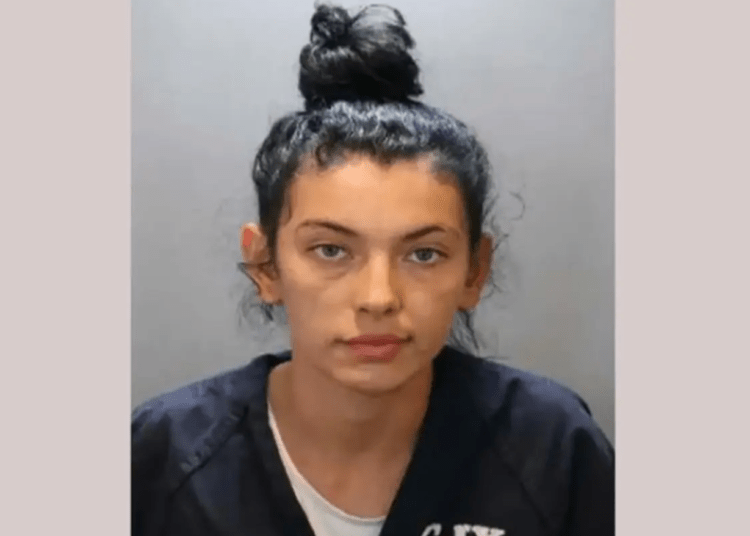 CYPRESS, Calif. – A 20-year-old California woman was charged with murder this week after she mowed over a man with her car after she accused him of attempting to drive over a cat, Orange County authorities said Wednesday.

Hannah Star Esser got out of her vehicle in the Cypress neighborhood Sunday evening to accuse Victor Anthony Luis, 43, of aiming his vehicle at a cat in the 9700 block of Graham Street on September 25, KTLA reported.

Esser recorded her showdown with Luis. In the video, she is heard yelling profanities at the man while confronting him.

According to officials, Esser returned to her vehicle and, instead of driving away, made a three-point turn and drove straight towards Luis, striking him with the front of her car.

At the point of impact Luis was launched into the windshield and flipped over the vehicle before landing landing on the street. He was pronounced dead at the scene, KTLA reported.

Luis’ family told FOX 11 Los Angeles, “We are devastated by the loss of Victor, a beloved father of five daughters, a treasured son, brother, friend and cousin. This senseless act of violence has robbed the world of a bright light who will never be forgotten.”

Esser is charged with one felony count of murder. She faces anywhere from 25 years to life in prison if convicted, according to the Orange County District Attorney’s Office.

Esser is currently being held on $1 million bail. She is scheduled for arraignment Oct. 13.