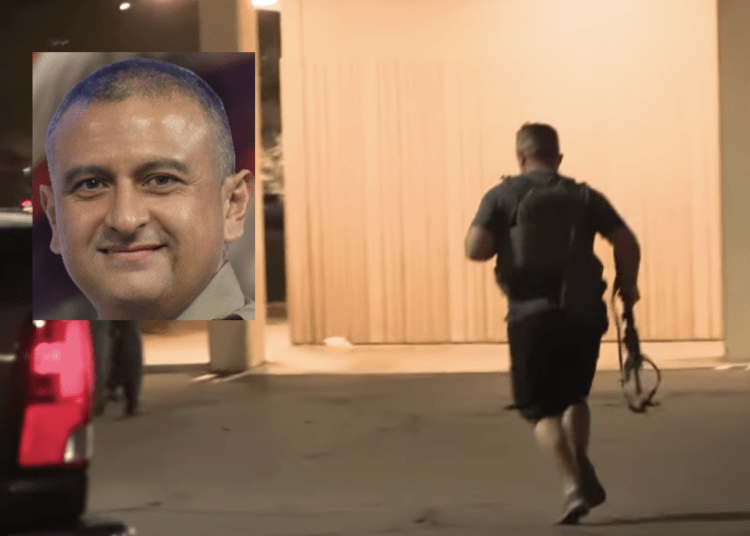 AVONDALE, Ariz. — A candlelight vigil honoring fallen Deputy Juan “Johnny” Ruiz of the Maricopa County Sheriff’s Office was interrupted when gunfire erupted near the Avondale substation, according to news video at the event.

Ruiz was severely beaten Saturday morning by a suspect who was in custody on warrants. The deputy was on life support until Monday as his family made arrangements to donate his organs, Law Officer reported.

Our hearts go out to the family, friends & colleagues of MCSO Deputy Juan “Johnny” Ruiz.

We honor his service and sacrifice which will never be forgotten. pic.twitter.com/5QJbiXTBr7

A video from 12 News at the vigil showed an interview with a deputy concluding when shots rang out in the distance.

“Was that a gunshot?” one person could be heard asking off-camera.

“Where is that coming from?” another asked.

Deputies–some armed with long guns–responded toward the threat as they could be seen running in the direction of the gunfire.

Reporters on hand to cover the vigil were told to “duck” and then removed from the location, Fox reported.

Niala Charles, a 12 News reporter, tweeted that the vigil for Ruiz was coming to an end when the shots were fired.

Took this video as I was running @12News pic.twitter.com/3U7NhpDYcX

The gunshots were fired north of the substation near the parking lot of a Sam’s Club retail store, according to 12 News.

Several people were detained, but it’s unclear what developed during the subsequent investigation.

Deputies told reporters that gunshots were not directed at those attending the vigil and eventually concluded there was no threat to people in attendance.