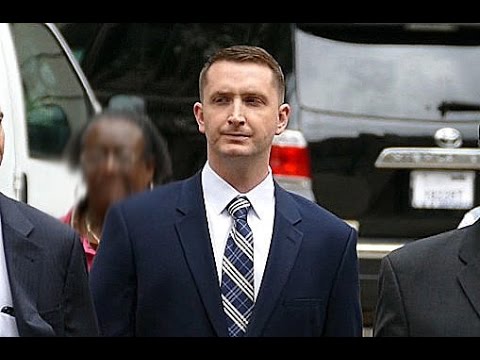 A Maryland judge ruled on Monday that Baltimore police Officer Edward Nero was not guilty.

Nero was one of six officers facing charges in the controversial death of Freddie Gray more than a year ago.

Gray’s death touched off sometimes violent protests in the city and reignited Black Lives Matter demonstrations across the nation.

Nero, 30, had declined a jury trial, and Judge Barry Williams heard testimony in a trial that wrapped up last week. Gray, 25, suffered a spinal injury while in police custody on April 12, 2015, and died a week later. Prosecutors say Gray, who was black, suffered the injury while traveling without a secured seatbelt in the back of the van.

Nero, 30, is charged with assault, misconduct in office and reckless endangerment. He was among a group of bicycle officers who initially pursued and helped arrest Gray.

Nero claims that he did not touch Gray except to help search for his inhaler.

Nero’s lawyers claim he had little to do with the arrest and it was the responsibility of the officers in the van to buckle Gray.

Nero is the second officer to stand trial in the case. The trial of Officer William Porter ended in a hung jury, and Porter and the other officers face trials in coming months.