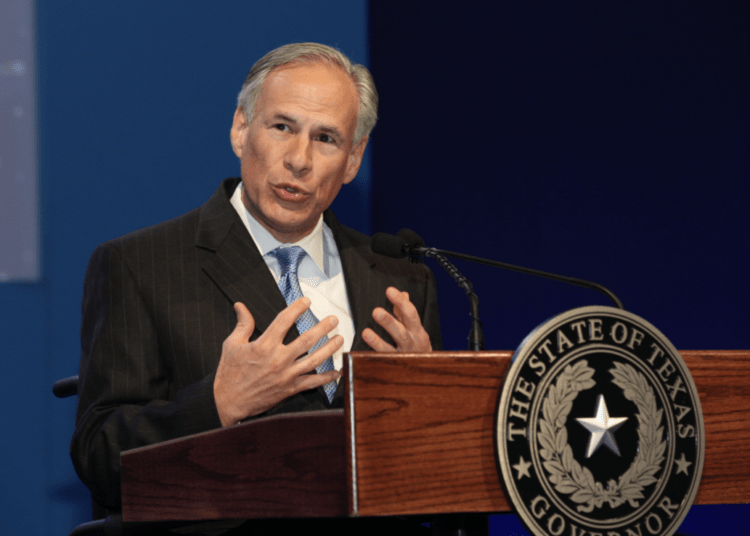 AUSTIN, Texas – Texas Gov. Greg Abbott sent a letter to President Joe Biden to explain the need for the federal government to do its job in regards to immigration, and he accuses the administration of willfully ignoring the ongoing mass influx of illegal immigrants into the country’s southern states. As a result, the Texas governor is invoking the “invasion” cause of both the U.S. Constitution and the Texas Constitution, Fox News Digital reported.

“Your inaction has led to catastrophic consequences. Under your watch, America is suffering the highest volume of illegal immigration in the history of our country. This past year, more than 2 million immigrants tried to enter the country illegally, coming from more than 100 countries across the globe,” Abbott wrote in the Wednesday letter. “Worse yet, your failed border policies recently prompted a United Nations agency to declare that the border between the United States and Mexico is the deadliest land crossing in the world.”

In a bold move on Tuesday, Abbott announced that he will be invoking an “invasion” clause of both the U.S. Constitution and the Texas Constitution to combat ongoing, overwhelming illegal immigration in the Lone Star state.

Actions that Abbott says are covered by the clause include activating the National Guard and Texas Department of Public Safety (DPS) personnel to safeguard the border and rebuff would-be migrants from illegally crossing the border into Texas.

“You must reinstate the policies that you eliminated, or craft and implement new policies, in order to fulfill your constitutional duty to enforce federal immigration laws and protect the States against invasion,” Abbott wrote in his Wednesday letter. “Two years of inaction on your part now leave Texas with no choice but to escalate our efforts to secure our State. Your open-border policies, which have catalyzed an unprecedented crisis of illegal immigration, are the sole cause of Texas having to invoke our constitutional authority to defend ourselves.”

The governor’s new initiative will direct DPS personnel to arrest and return illegal migrants to the border, according to Fox.

Furthermore, Abbott said he will deploy gunboats for defense of the southern border and will designate Mexican drug cartels as foreign terrorist organizations.

“Thank goodness Greg Abbott was re-elected as our governor,” said a Texas resident who did not want to be identified. “It’s already a catastrophe thanks to Biden, but I can only imagine how dire the situation would become with Beto O’Rourke at the helm.”

You can read the full letter here.