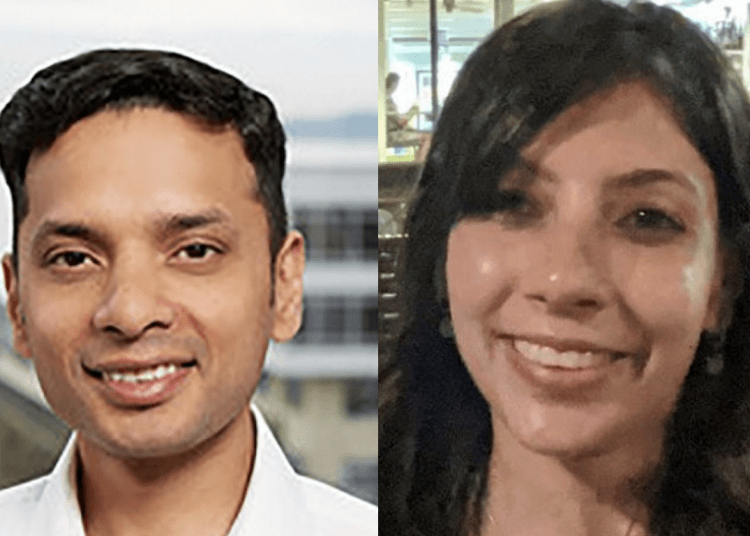 Sonam Saxena, left, has been arrested for suspicion of murder after reporting his wife, Smriti Saxena, missing. (LinkedIn/Hawaii Police Department)

HAWAII – Police in Hawaii arrested a Google project manager on suspicion of second-degree murder on Wednesday following the disappearance of his wife a day earlier.

Sonam Saxena, 43, of Bellevue, Wash., was taken into police custody following the discovery of a body near Aneahoomalu Bay, police said in a statement.

Hawaiʻi Island Police are conducting a criminal investigation after the discovery of a body this morning (February 19) near ʻAnaehoʻomalu Bay in the district of South Kohala.

The identity of the female body is being withheld pending positive identification and notification of next of kin. However, the body was located in the general area where Smriti Saxena (F-41 of Bellevue, Washington) was reported as a missing person and last seen Tuesday evening (February 18).

Sonam Saxena (M-43 of Bellevue, Washington) had been arrested on the count of Murder in the second- degree as detectives with the Area II Criminal Investigation Section are continuing this investigation. An autopsy is scheduled to determine the exact cause of death.

Police ask anyone who may have been in the area of the south beach area of ʻAnaehoʻomalu Bay Tuesday evening (February 18) to please contact Detective Keith Simeona at (808) 326-4646 x281 or email [email protected] or the police department’s non-emergency number at (808) 935-3311.

Saxena’s wife, Smriti, a 41-year-old Indian woman, was last seen at the Lava Lava Beach Club in Waikoloa on Feb. 18 around 10:30 p.m. She was wearing a black dress with a multicolored floral design and a black jacket, authorities said.

Though police have not confirmed the identity of the body found in the bay, they said the location was “in the general areas where Smriti Saxena was reported as a missing person and last seen late Tuesday evening.” There was no mention if clothing was a match.

Prior to his arrest but before the body was found, Saxena told West Hawaii Today that he loved his wife and pleaded with the public to help find her.

Saxena said he last saw Smriti, a business program manager for Microsoft, on the shoreline south of the bay. The duo, who was staying at a luxury Marriott resort with their two children, had been drinking at the Lava Lava Beach Club before deciding to take a stroll, Fox News reported.

“She got an asthma attack right there on the beach and she was feeling weak and she didn’t want to walk all the way back because it’s almost a 20-minute walk back from that beach to our room,” Saxena explained. “So I said, ‘Hey, you know what? You stay here, you have your phone with you and I’ll just go to the room, grab your inhaler and pump and come back.”

Saxena told West Hawaii Today that when he returned about 45 minutes later, his wife was nowhere to be found. Her purse, cellphone, credit card and driver’s license were where the couple had last been seen on the secluded beach but there was no sign of Smriti.

“I was disturbed because why would she leave her purse and her phone on the beach and head back to the room?”

— Sonam Saxena, arrested in connection to the disappearance of his wife Smriti

“I was disturbed because why would she leave her purse and her phone on the beach and head back to the room?,” he said. “It just seemed really odd. So I rushed back to the room. I checked the room and I saw that she wasn’t in the room. So I went downstairs and that’s when I dialed 911.”

Next, Saxena said he and hotel security searched the beach for his missing wife before the police arrived.

“We called out to her, but there was nothing,” he said. “No response.”

In the immediate aftermath of her disappearance, Saxena posted a message on LinkedIn, asking for people to help find his wife.

“Linkedin network my wife Smriti Saxena is missing. Can you please promote this tweet so that I can tell my daughters where their Mom is #help.”

The couple has been married for 17 years. They have two children ages 8 and 13. A trip to Hawaii’s Big Island is an annual event to celebrate their eldest child’s birthday.