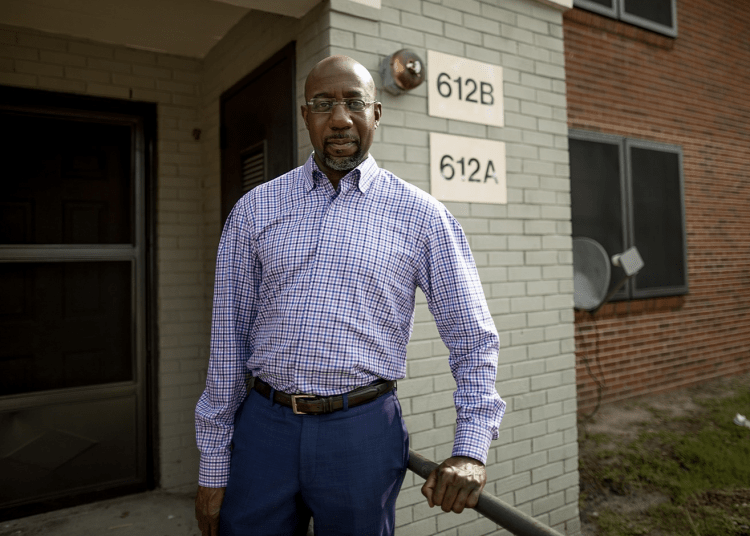 GEORGIA — The Georgia State Election Board voted unanimously Wednesday to move forward with an investigation of U.S. Sen. Raphael Warnock (D-Ga.) for his role serving as board chairman of a voter registration organization founded by Stacey Abrams that election officials say failed to follow deadlines, in what appears to be the latest legal step in the ongoing feud between the progressive Abrams and the state’s Republican election officials, Forbes reported.

A spokeswoman for the state attorney general’s office said she was unable to comment on active matters.

“But, procedurally how this works, is that when the file is provided to our office, we will proceed with our own legal review to determine the most appropriate course of action,” the spokeswoman told Fox News.

The New Georgia Project is accused of delivering 1,268 voter registration applications to Gwinnett County after the 10-day deadline set by state election rules, according to the Atlanta Journal-Constitution.

Georgia Secretary of State Brad Raffensperger has previously called out the New Georgia Project for its practices. Raffensperger is the chairman of the State Election Board but mainly votes as a tiebreaker. The board voted to advance the case 3-0, with its only Democrat, David Worley, recusing himself, the Atlanta Journal-Constitution reported.

Warnock is identified as a respondent in the case but was misidentified as CEO instead of chairman of the board, a position he resigned in January 2020, according to the Atlanta Journal-Constitution.

The New Georgia Project is a group that aims to register voters, particularly people of color and younger voters.

Abrams, a Democrat, founded the organization in 2014 and has gone on to have several disputes with election officials. In 2018, she launched a well-publicized bid for Georgia governor but lost by about 55,000 votes to Gov. Brian Kemp (R), who was then secretary of state for Georgia. Abrams blasted what she said were voter suppression efforts Kemp undertook as secretary of state to aid his gubernatorial campaign, such as purging voter rolls. In December, Raffensperger announced an investigation into the New Georgia Project and other voter registration groups, claiming they “sought to register ineligible, out-of-state, or deceased voters,” Forbes reported.

Warnock narrowly defeated incumbent U.S. Sen. Kelly Loeffler (R-Ga.) in a runoff last month, on the same ballot that U.S. Sen. Jon Ossoff (D-Ga.) ousted incumbent U.S. Sen. David Perdue (R-Ga.). The double victory by Democrats in the Georgia Senate runoffs was enough to tip the scales in the U.S. Senate, with the makeup being a 50-50 split between Republicans and Democrats. Vice President Kamala Harris serves as the tiebreaking vote for Democrats if needed.

The organization has had its share of trouble. The New Georgia Project was hit with liens for failing to pay unemployment taxes in three different quarters in 2018 while Warnock was at its helm.