Donald Wynne Williams, 34, a mixed martial arts fighter and self-proclaimed expert on chokeholds, has been charged in Ramsey County with felony domestic assault by strangulation. 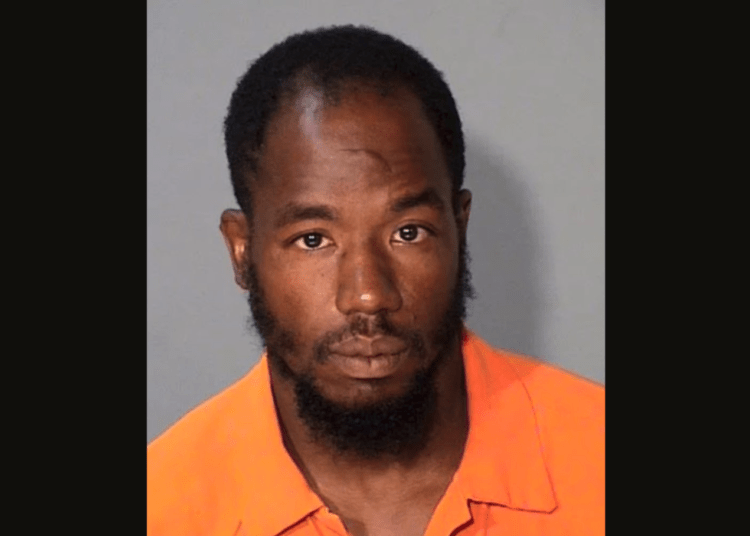 ST. PAUL, Minn. – A man whose testimony helped send former police officer Derek Chauvin to prison for 22 years in the 2020 death of George Floyd allegedly threatened to kill police officers and come after their families while being arrested for domestic assault on Saturday.

Donald Wynne Williams, 34, a mixed martial arts fighter and self-proclaimed expert on chokeholds, has been charged in Ramsey County with felony domestic assault by strangulation.

Charges say Williams got into an argument with his ex-girlfriend over ice on Saturday while the two were setting up with their three children near the State Fairgrounds in St. Paul to sell bottled water to fairgoers.

Police responded about 5:14 p.m. Saturday to the area of Asbury Street and Midway Parkway on a report of domestic assault. When police met with the victim, she explained that she and her three children were selling bottles of water on the blocks of Frankson and Arona, and Arona and Midway.

The victim, who is described in the complaint as Williams’ business partner, told police that Williams texted her to buy ice, but she refused because she didn’t want to leave her children by themselves. She said she and Williams then argued through text messages.

When the victim went to get into her vehicle, Williams was there in his vehicle and began yelling at her about buying ice. The victim told police that Williams got out of his vehicle, approached her driver’s side window, reached into her vehicle with his left hand and grabbed her by the throat, strangling her. While strangling the victim, Williams used his right hand to backhand the victim on the left side of her face. The victim told police that Williams stopped when a female in the area yelled, “hey!” at Williams; he then fled the area.

Officers observed a visible scratch mark and a small bruise on the left side of the victim’s neck. She said her throat was a little sore when she swallowed, and that she could not breathe and was in fear for her life while Williams was strangling her.

Police located Williams nearby with his nine-year-old daughter. The criminal complaint states Williams resisted police efforts to take him into custody and fought with officers. One officer pulled out his Taser, activated the red dots, and pointed it at Williams who then complied and was handcuffed.

Williams also told one officer that he could kill him and that he knew who the officer’s family was and would come after them. Williams said the officers were lucky he didn’t walk over to his vehicle and grab something from inside that would kill them.

Williams eventually admitted to arguing with the victim but denied strangling, striking or touching her during the altercation.

Williams admitted being very angry about his arrest. He stated he suffers from PTSD related to the George Floyd incident and trial. Williams said he testified at the state trial against Derek Chauvin and has been asked to testify at upcoming trials as well. Williams said he couldn’t remember exactly what he said in the squad car on the way to jail but reiterated he was very mad.

Williams was a witness present at 38th and Chicago Avenue on May 25, 2020, while four Minneapolis police officers restrained Floyd, 46, on the ground outside Cup Foods after police were called on a report that Floyd had presented a fake bill to pay for merchandise. Floyd resisted arrest and died during the encounter. Chauvin was eventually convicted on second-degree unintentional murder, third-degree murder and second-degree manslaughter and was sentenced to over 22 years in prison following his 2021 trial. The three other officers have since been convicted in federal court for violating Floyd’s civil rights and received sentences between two-and-a-half to three-and-a-half years in prison.

During the Chauvin trial, Williams took the stand to testify as a witness and described his expertise in the field of martial arts and his ability to recognize various chokeholds. Williams testified at length during the trial about Chauvin’s knee restraint on Floyd and said Chauvin was using a “blood choke” before Floyd died.

In addition to the felony domestic strangulation charge, Williams is also charged with a misdemeanor count of domestic assault-intentionally inflicts/attempts to inflict bodily harm. Williams made his first court appearance on Tuesday and was granted a public defender. A domestic abuse no contact order was issued as part of the court proceeding, prohibiting Williams from having contact with the victim.

Court records show that Judge Jacob Kraus has ordered Williams conditionally released with no bail required, although Williams remained in custody as of Wednesday. Kraus was appointed to the bench by Gov. Tim Walz in April of this year.

Williams has other open cases including obstructing the legal process in both Hennepin and Ramsey counties.

On Aug. 18, 2022, the criminal complaint states that Williams was given a continuance for dismissal on a charge of disorderly conduct in Ramsey County where the original charge was fifth-degree assault.

No mention was made in the complaint about potential charges for the threats against police during Saturday’s incident.