The 700 Pound Statute Is Designed To Show Floyd 'Peaceful.' 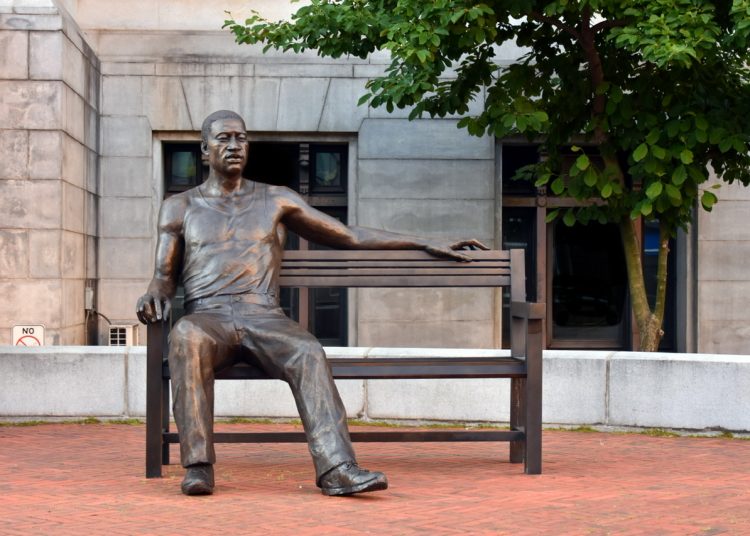 Newark, New Jersey – A 700-pound statue of George Floyd was unveiled during a ceremony in front of the Newark City Hall in New Jersey.

“George Floyd represents a lot more than himself at this juncture in history,” Newark Mayor Ras Baraka said during the Wednesday ceremony. “Hopefully, when people walk by it and they see it … hopefully, it inspires them to become active in the struggles that are happening right here in Newark and right here in New Jersey.”

Filmmaker Leon Pinkney commissioned the sculpture who said that he wanted the statue to serve as a constant reminder of Floyd’s life and death, along with a warning against going “back to a status quo.”

“The statue was to cause them to remember why they marched during such a horrific pandemic, and I didn’t want them to go back to a status quo,” he said.

Sculptor Stanley Watts said that he wanted to memorialize Floyd.

“The world needed a peaceful George,” Watts said. “The world needed him relaxed and chilling on a bench, and that’s what we produced, and we produced him larger than life because, after death, George will be remembered. That’s what memorials are. To remember and never forget why we changed today and tomorrow and for the rest of our existence on this planet.”

The City Hall ceremony also commemorated Juneteenth, a date Congress is attempting to get recognized as a federal holiday as it observes June 19, 1865, when slavery in the United States formally ended.

Share and speak up for justice, law & order...
Tags: City of NewarkGeorge Floydnewarkstatute