Gabriel Cobarubbias was found guilty of two counts of aggravated assault against a public servant, injury to a service animal and evading arrest 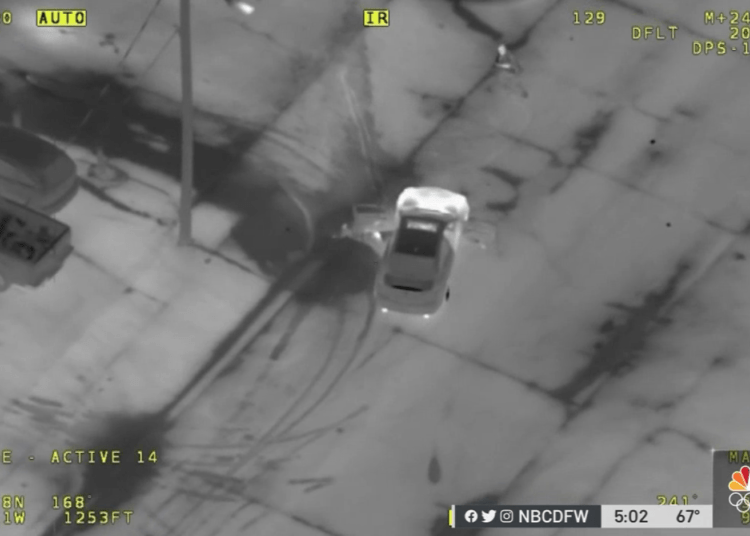 DALLAS COUNTY, Texas – A Texas man has been convicted by a Dallas County jury and sentenced to 40 years in prison for aggravated assault on a peace officer and 15 years for evading and using his car as a weapon. The sentences will be served concurrently.

Gabriel Cobarubbias, 31, was found guilty of two counts of aggravated assault against a public servant, injury to a service animal and evading arrest, NBCDFW reported.

The crimes occurred in June of 2020 when officers of the Garland Police Department were called to a convenience store at South First Street and Glenfield Drive. The reporting party said a man was shooting guns into the air after being asked to move his vehicle, Law Officer reported at the time.

They complainant also said the man was blocking another customer’s car with a red Infiniti. When asked to move his car by an employee, Cobarrubias produced two handguns and fired them into the air, yelling, “What are you going to do?”

Upon arrival, officers discovered the man’s unoccupied vehicle running in the parking lot.

Cobarrubias was later seen exiting the store and walking toward his car. Not knowing where the guns were, officers gave Cobarrubias commands to surrender, but he refused and retreated back into the store. After attempting to communicate with the suspect, he eventually exited the store and began to quickly walk toward his vehicle.

As a result, one officer attempted to detain him by reaching into the driver’s door, but Cobarrubias put his car into reverse and backed up — trapping and dragging the officer through the parking lot, police said. When Cobarrubias turned, the officer fell and his leg was run over by the car.

The passenger door struck a second officer on the other side of the car, Law Officer previously reported.

According to NBCDFW following the conviction of Cobarrubias, “Officer Bradley Hanks was dragged a short distance but was able to get out of the way. Lt. Matt Green, however, was pinned in the driver’s side door, dragged backward, fell to the ground, and was run over by the suspect’s car.”

Sometime after the incident occurred, police released video of the crime. It shows two officers trying to talk the suspect down, repeatedly asking for him to show them his hands.

The man argued with police that he had done nothing wrong.

The officers are captured on body camera trying to keep the man from leaving.

Despite that effort, Cobarrubias is seen getting into his car and putting it in reverse.

“I know both officers. They’re both friends of mine so there is an emotional connection. Does it change how I investigate this case? No…  We want justice no matter who does the crime,” said Duncan on Wednesday after Cobarrubias was sentenced the prior day. “In my opinion, in over 31 years, he is a violent felon who needs to be off the street. Which is ultimately what the jury decided.”

Hanks made a full recovery. However, despite undergoing several surgeries over two years, Green won’t be able to return to the streets in uniform, according to Duncan.

“He will be doing desk work and he will have permanent disabilities from his injuries,” said Duncan. “It will affect him and his family for the rest of their lives.”