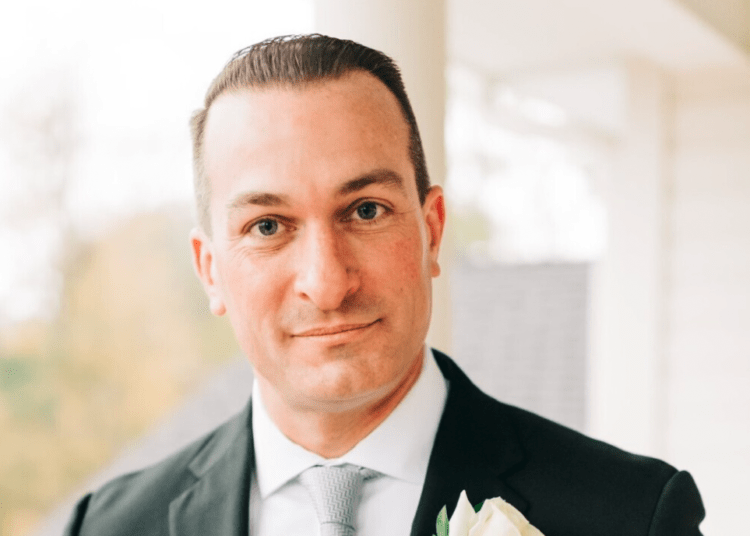 Det. Justin Terry was killed in a freak accident on Friday. (Photo provided by LVMPD)

LAS VEGAS — A veteran Las Vegas police detective was identified as a motorist who was killed Friday morning in a freak accident when a steel crossbar marking low clearance at a freeway construction project was struck and collapsed on top of his unmarked police vehicle, according to reports.

Det. Justin Terry was on duty in an unmarked Las Vegas police unit when he died Friday morning in the bizarre tragedy on U.S. 95 in northwest Las Vegas.

Ashlee Wellman, spokeswoman for the Nevada Highway Patrol, said a semitrailer towing an excavator was traveling south on U.S. 95 near the 215 Beltway about 7 a.m. when the excavator struck a beam that was part of the Nevada Department of Transportation’s Centennial Bowl construction project, the Las Vegas Review-Journal reported.

As a result, the large steel beam broke free and fell, crushing an unmarked police vehicle driven by the 21-year veteran detective.

Terry, 45, who joined the department in 2001, was pronounced dead at the scene, officials said.

“A beam fell on top of a car,” Las Vegas Fire Department spokesman Tim Szymanski said. “When we arrived, several people were trying to give aid. There was one person in the car deceased, and we turned it over to the Nevada State Police.”

Police said Terry was currently assigned to the homicide sex crimes bureau. Moreover, he was part of a sex offender apprehension detail and worked with a U.S. Marshals task force, according to USA Today.

“He was widely regarded as an expert and worked directly with the U.S. Marshals Task Force,” LVMPD said.

Terry was credited with starting a unique outreach program to the homeless involving dirt bikes.

“He started the enduro program at Southeast Area Command, making it possible for officers to ride dirt bikes into hard-to-reach locations to feed the homeless,” the Metropolitan Police Department said in a statement.

The death led to a stirring tribute from Terry’s co-workers Friday afternoon. The long-time officer’s body was transported from the crash scene to the Clark County’s coroner’s office by a procession of more than 60 police motorcycles, cars and SUVs, the Las Vegas Review-Journal reported. 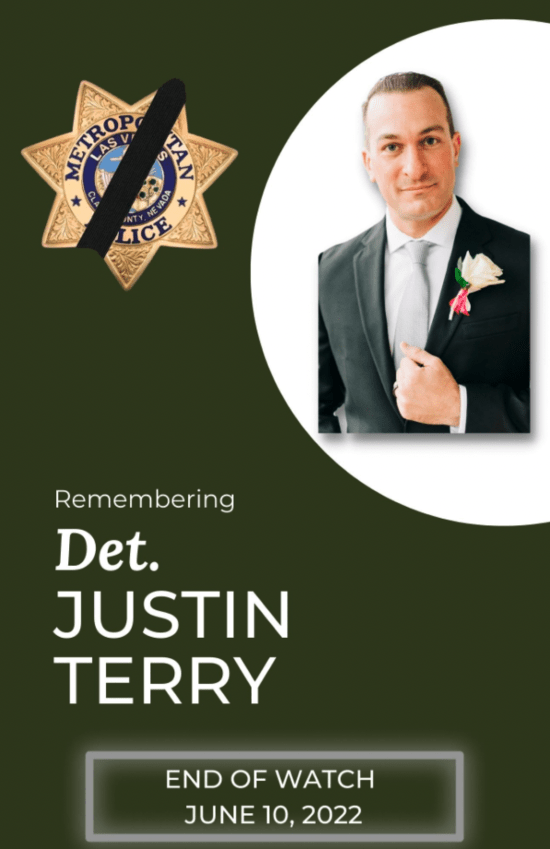 “In a tragic accident on the freeway, one of our own lost their life,” Grammas lamented. “Not only is this loss felt by all first responders in Nevada, but the community at large has also lost one of its heroes. We pray for strength and comfort for our fallen brother’s family and friends as well as our entire community.”

Terry is survived by his wife and two children.