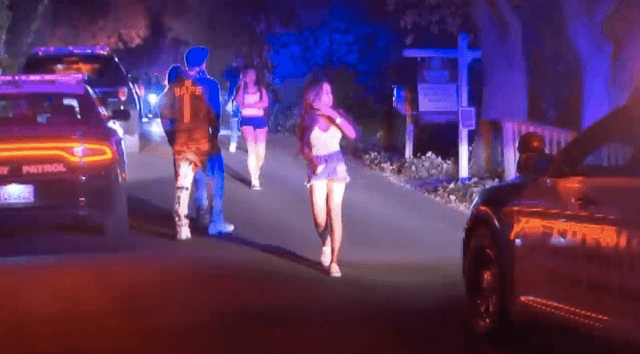 ORINDA, Calif. – Four people are dead and several more were injured Thursday night after a shooting erupted at what appeared to be a Halloween party in Northern California, police said.

The Contra Costa County Sheriff’s Office took to Twitter Friday morning to confirm “four fatalities” and “several injuries” after a mass shooting in Orinda, a city about 20 miles east of San Francisco. They offered little detail but noted that the investigation was “active.”

Gunfire erupted at a residence in the Lucille Way and Knickerbocker area just before 11 p.m.

Video from the scene posted by KTVU showed several victims being loaded into ambulances as others limped away. Police and emergency personnel were also seen talking to people who appeared to be injured.

A neighbor said he talked to the owner of the home, who told him it was being rented out through Airbnb for a private party. The neighbor said that particular house has been the scene of other parties that “sometimes get out of hand.”

The neighbor, who asked not to be identified, said he saw what appeared to be 30 to 50 people leaving the party, running down the hillside to escape the gunfire. He saw many trying to hail Ubers to get home. He heard five gunshots that startled him and then he saw police cars “flying up the hill.”

Orinda is a quiet, affluent city, population 17,000, ranked the second-most friendly town in America by Forbes in 2012. It was recently the home to Steph and Ayesha Curry, before they moved to the Peninsula. Schools are great and homicides are rare, KTVU reported.