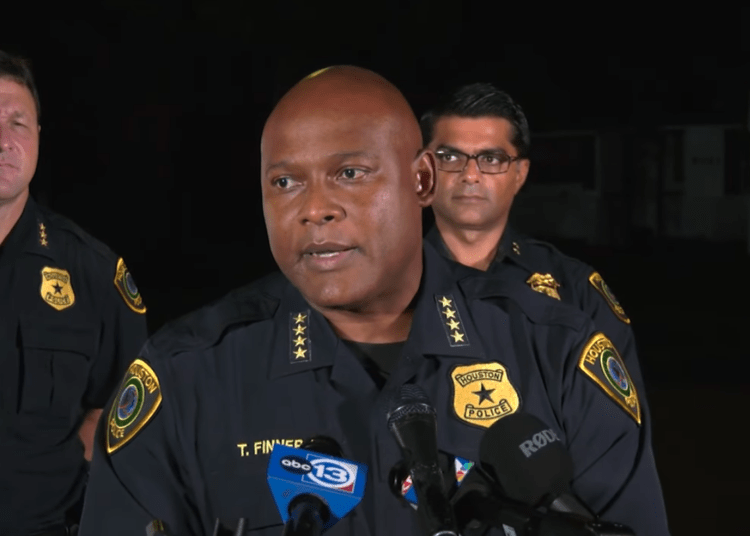 HOUSTON — A Houston man shot and killed three people on Sunday after he set their residence on fire and then began picking them off with a shotgun as they fled the burning building. A responding officer engaged and fatally shot the gunman, according to police.

The arson and subsequent murders occurred around 1 a.m. Sunday on Dunlap Street near the intersection of Bissonnet and Hillcroft in southwest Houston, KHOU 11 reported.

According to police, the suspect torched the building in an effort to force residents to flee to safety. Once they exited their respective units, the gunman opened fire, picking them off one by one.

“This guy set the house on fire in the back, went behind his car and started shooting people as they were coming out the door,” neighbor Robin Aaron said.

Firefighters first arrived on scene. As they began to combat the blaze, they came under fire by the suspect, forcing them to take cover.

A responding officer with the Houston Police Department spotted the gunman in the parking lot wearing all black clothing and armed with a shotgun. The officer engaged the suspect and delivered a fatal shot, which neutralized the homicidal man and provided safety to others in the area.

Houston Police Chief Troy Finner said both the police and fire departments received multiple calls regarding the fire as well as a shooting with people down.

“This suspect, unfortunately, and very sadly, and very evilly, set fire to several residents, laid wait for those residents to come out, and fired upon them,” Finner said.

After firefighters had to seek protection from the gunman, “an HPD officer arrived, spotted the suspect … in a parking lot across the street from this facility, in a prone position, it was an African-American male, approximately age 40, he was dressed in all black with a shotgun,” Finner said. “The officer engaged … and fired. That suspect is on the scene deceased.”

“A little bit about the officer, and I’m so proud of him, …” Finner continued. “But our officer arrived and took action. And for that I’m very proud of him. He’s a seven-year veteran out of the South Gessner Division.”

Local residents founds themselves in the middle or a horrific crime scene.

“I come out and there’s a body lying there and a body laying over here,” Troy Lamb said. “Then when I pulled my car over around, there’s a body over there.”

The property owner said the deceased suspect was recently evicted, and one of the three murder victims was the 65-year-old on-site manager.

In addition to three homicide victims, two other individuals were shot and injured, but only one was taken to the hospital, according to KHOU-11.

Finner was exasperated as he briefed the media about the horrible crimes. He asked citizens to come together with faith leaders and pray for the community as police don’t have all the answers for the evil they are witnessing.

“I’ve seen things that I haven’t seen before in 32 years, and it’s happened time and time again,” Finner said at the scene. “People ask the police chief, ‘Why?’ We don’t know why…we just ask that the community come together.”

Per normal protocol, the officer involved in the fatal shooting will be placed on administrative leave. Furthermore, bodycam footage of the shooting will be released within 30 days, which is also department policy.