'He’s not cognitively capable of leading. He needs to RESIGN before our country suffers any more,' Jackson says 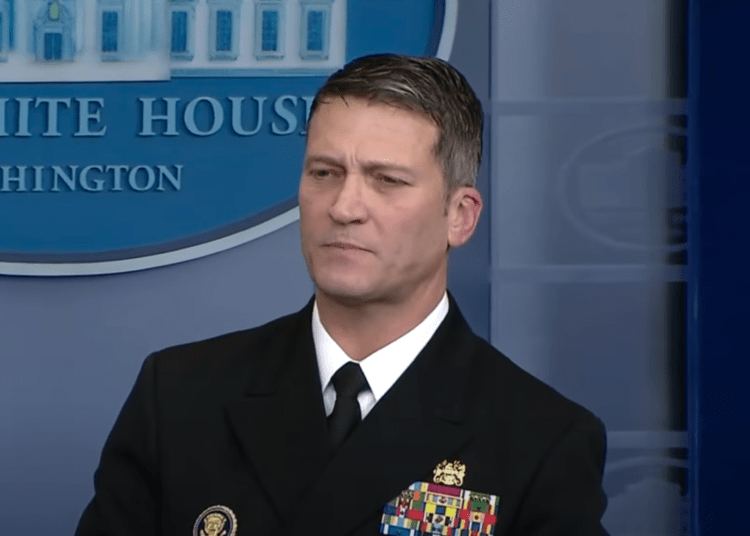 President Joe Biden’s cognitive decline was apparent to the casual observer well before he took office in 2021. More than a year later, people are not only concerned for his welfare, but the well-being of our country. Former White House physician Ronny Jackson is in that group.

Jackson joined the White House Medical Unit in the mid-2000s under George W. Bush, and served as Physician to the President from 2013 to 2018 under Barack Obama and Donald Trump.

Jackson said on Friday that Biden needed to immediately resign to spare putting the country through more suffering since he is not mentally fit to be president, Daily Wire reported.

“The whole country is seeing his mental cognitive issues on display for over a year now, and there’s really no question in most people’s minds that there’s something going on with him, that he’s not cognitively the same as he used to be and, in my mind, not fit to be our president right now,” Jackson said during an interview with Fox News last month. “Every time he gets up and talks to the American people, it’s not just the American people that are watching him speak, it’s the whole world, and that’s part of what the problem is here. He looks tired, he looks weak, he looks confused, he’s incoherent, and it sends a message of weakness all over the world, and they’re seizing up on that.”

The former Navy rear admiral and White House physician said Biden’s lack of mental fitness to serve as president, “was on full display during the debacle in Afghanistan” and that it could “get more Americans killed” and “ultimately get us in a war because of his lack of leadership.”

Jackson also pointed out following a press conference in January, “BIDEN JUST IGNORED A QUESTION ABOUT HIS COGNITIVE DECLINE! Something is WRONG with him.”

“This man IS NOT qualified to be President!!” Jackson added. “I am demanding he have a cognitive test NOW. There’s too much on the line, we need to know!”

BIDEN JUST IGNORED A QUESTION ABOUT HIS COGNITIVE DECLINE! Something is WRONG with him. This man IS NOT qualified to be President!! I am demanding he have a cognitive test NOW. There’s too much on the line, we need to know!

“Biden’s ‘press conference’ is disturbing and bizarre,” Jackson added. “He’s totally disconnected from reality. He has NO IDEA what’s going on. It’s no surprise he’s been kept locked away in the basement. This is an EMBARRASSMENT.”

Jackson currently serves as the U.S. representative for Texas’s 13th congressional district as a Republican, so detractors might say his comments are biased. However, no one is saying he’s wrong regarding his medical assessment about the commander-in-chief.