Dr. Thomas Gratzer worked as a psychological screener for the MPD between 2012 and 2017. 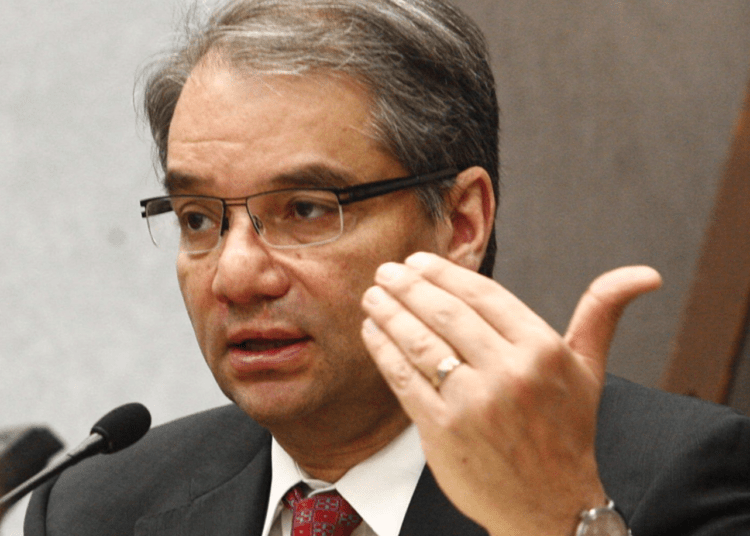 Dr. Thomas Gratzer testifies during an April 2016 trial in Iowa. (The Waterloo Courier via Alpha News)

MINNEAPOLIS – A Twin Cities psychiatrist who formerly served as a mental fitness evaluator for the Minneapolis Police Department has been charged with criminal sexual conduct involving a minor.

Dr. Thomas Gabor Gratzer, 57, of Edina, is accused of repeatedly sexually assaulting a minor child who was known to him.

The female victim, who is now an adult, told an investigator with the Edina Police Department that she’d been sexually assaulted multiple times by Gratzer starting before she entered the fourth grade.

The investigator stated in the criminal complaint that the victim was able to describe in significant detail the abuse and specific incidents, some of which are described in detail in the complaint.

Police interviewed other individuals who had occasion to observe interactions between Gratzer and the victim. One witness acknowledged seeing Gratzer make inappropriate comments to the victim as well as inappropriate physical gestures. The same witness described that the victim had physical symptoms of distress, including stomach aches around the time of the abuse and said the victim always tried to avoid Gratzer.

Another witness told the investigator that Gratzer didn’t understand social cues and boundaries and had crossed social and sexual boundaries over the time period described.

Gratzer has been charged with one felony count of first-degree criminal sexual conduct involving penetration or contact with a minor under age 13. Gratzer was charged by summons, as opposed to an arrest warrant, so he has not been subjected to a jail booking at this time, therefore a mugshot is not currently available.

Court records show that Gratzer has retained a private attorney, and he remains out of custody. He is scheduled to make his next appearance in Hennepin County Court on Oct. 3.

According to a prior report by APM Reports, Gratzer worked as a psychological screener for the Minneapolis Police Department between 2012 and 2017. During his tenure in the position, he screened at least 371 applicants for police and community service officer jobs and cleared 200 of them to become Minneapolis police officers, the report said.

Gratzer’s work came under scrutiny after being cited in a lawsuit following the police shooting of Justine Damond by now former officer Mohamed Noor in July 2017 in south Minneapolis. Gratzer had previously screened Noor and found him “psychiatrically fit” to work as a police officer.

Gratzer’s credentials remain active on the Minnesota Board of Medical Practice’s website. Public records show Gratzer works out of a clinic in St. Paul.