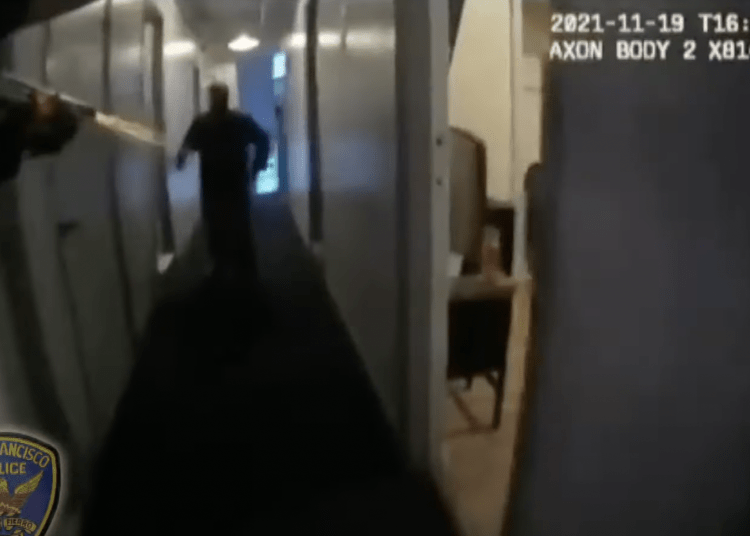 SAN FRANCISCO — The San Francisco Police Department released video last week of officers shooting a knife-wielding suspect who charged at them in a residential hotel.

Ajmal Amani, 41, was shot Nov. 19 in the narrow hallway of the building after threatening several people with a large kitchen knife. He was shot in the stomach and leg and died at a nearby hospital, NBC Bay Area reported.

Amani was a former Afghan interpreter for U.S. special forces. He had been shot several times during more than five years of service. As a result, he struggled with post-traumatic stress, his former lawyer, his case manager and a property manager told the San Francisco Chronicle.

SFPD dispatched officers to the hotel after receiving reports that a man was screaming and yelling and had a knife. Amani’s case manager also called 911 to report that a co-worker said Amani was having “a really bad episode.”

When two officers arrived, a witness told them that Amani had threatened to kill him as they could hear him yelling in the background.

Police tried to communicate with the man, saying, “nobody wants to hurt you.”

However, less than a minute later, Amani charged down the hallway and was shot, NBC reported.

According to police, Amani was holding a knife with a 6-inch blade. After charging officers, he was shot four times with a handgun and three times with bean-bag projectiles.

In a prior 2019 case, Amani was charged with assault with a deadly weapon after he reportedly slashed a city park ranger with a box cutter, according to NBC.

As a result of the criminal case, Amani was ordered to undergo mental health diversion, which he completed this year and was living in a city-rented room at the residential hotel.