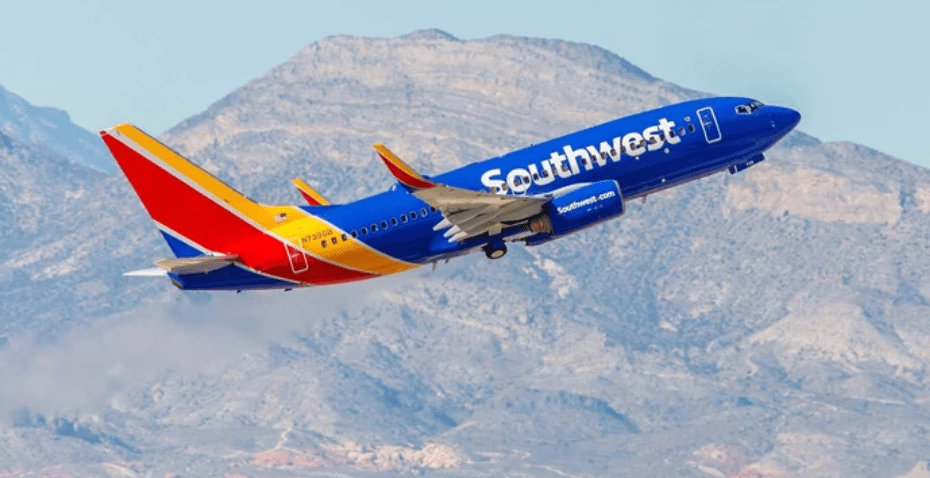 It’s finally time!  Vacation time, that is.  The more years we have on as cops, the better that “V word” sounds, right?   You and the family are off for some hard earned rest and relaxation. Mail canceled, dog boarded, home alarm system armed and doing alarm system stuff.  You did briefly panic in the shuttle en route to the airport, suddenly realizing you’d forgotten to turn off the coffee maker. No worries -your 13 year old son, sensing the terror in your voice when you broke the news to your wife,  rolled his eyes, sighed, and turned it off effortlessly from an app on his phone – that same app you’d planned to discuss with him because you were worried it might be porn-related. Two major fears eliminated in less than 90 seconds!

Speaking of your wife, she thought it would be “nice” if your in-laws joined you for the week at that beach condo.  Congratulations, they’re along too! Your father-in-law is having a minor medical procedure performed when you arrive home.  He’ll have plenty of time to tell you ALL about it during the flight. He’s also required to eat and take a pill every afternoon at 3:30 pm…

Forgot to pack your favorite, deluxe water bottle?  Don’t panic. You can pick up a new one when you arrive.  But what about packing something else?– your gun. Isn’t it a hassle?  Do the airlines actually allow you to bring it on the plane? What about TSA?  Can’t you just carry it on the plane with you if you show your police credentials at the airport? Turns out that you absolutely can NOT do that – but we’ll discuss this later.  Also, you’ll discover that most of the news regarding cops, guns, and commercial airline travel is good.

That’s mostly thanks to President George Bush (AKA “W”), who, in 2004,  signed into law H.R. 218. This is more commonly known as the “Law Enforcement Officers Safety Act”.  The main theme of H.R 218 is that it allows current and duly retired local, state, and federal law enforcement officers to possess and carry firearms while in any state in America – even off duty!  It also allows for firearms to be carried by these same qualified individuals visiting any United States Territory, including Puerto Rico. Prior to this legislation, officers were, with some limited exceptions, only allowed to carry firearms in the state where they were employed.

This was a major score for law enforcement.  However, over the years, it seems some have begun taking this privilege a bit for granted.  Others don’t quite understand H.R. 218, including what it does and doesn’t allow. This seems especially true, at times, while flying commercially.  While not a complicated issue overall, there are a few different dynamics to understand regarding air travel and our weapons.

Simply put, the procedure for a qualified police officer flying with a firearm mirrors the one for civilians (we’ll discuss what “type” of officers qualify a bit later).  H.R. 218 primarily seals your privilege, as a qualified law enforcement official, to carry in every state. However, it doesn’t provide us any special firearm privileges while flying.  DO NOT carry your firearm or ammunition on your person or in your carry-on luggage as you pass through TSA screening. Firearms and ammunition must be declared and carried in your CHECKED baggage only.  Violations of this protocol may (and likely will) result in you being criminally charged. Stiff civil penalties are likely too. There are some very limited exceptions to this rule, such as officers who are transporting prisoners or are assigned to Federal Task Forces etc.  Very specific regulations and procedures are in place for these exceptions, and H.R. 218 has no bearing on them.

When you arrive at the airport, your first step will be to “declare” your firearm and ammunition with your airline at the ticket counter (the same counter where you check your luggage).  What happens while declaring your firearm can vary a bit depending on the airline. Some carriers will ask to see the weapon and/or ammunition you’re declaring. Others may just want to see the hard-shelled case you’re carrying the firearm in to ensure that it meets the necessary standards.  Your airline may also hand you a form confirming your declaration. Often, the airline will ask you to show the form to a TSA supervisor at their checkpoint located just beyond the passenger screening area that we all “enjoy” so much.

Firearms must be stored in your checked baggage in a locked hard-shelled case only.  There can be no ammunition in the gun. Some believe the weapon must be field stripped for travel, but that is incorrect.  Your best bet is to use TSA locks on the carrying case to give TSA personnel easy access to it for further inspection if necessary. If you don’t utilize TSA locks, there is a chance they will ask you for the key to your bag should they want to inspect your firearm for any reason.  This is a fairly common occurrence, but it can cause you an unwanted delay. While we most commonly encounter TSA at the security screening checkpoints, remember that there are teams of them screening checked luggage after your airline puts them on that magical revolving belt at the ticket counter.  TSA locks can be purchased easily and inexpensively online or in the travel section of any retail store.

Your ammunition takes some minor follow-through also.  Generally speaking, it must be stored in a box with the texture of cardboard or harder.  It is actually preferred (or even required) by some airlines that the ammunition is in the actual box it was purchased in (or a twin to it).  In other words, if you’re carrying ACME .40 caliber ammunition, it’s a good idea to have it in that specific box. A common mistake that is often made with ammunition while flying is putting it in something similar to a plastic sandwich bag.  Also, some are under the impression they can carry ammunition in their carry-on bag or even on their person. If your ammunition is improperly packaged, you have it in your carry-on, or you take it through screening on your person, you will, at the very least, be asked to relinquish it or take it back to your vehicle – and who has time for that?

Just prior to traveling, make sure to call or visit the website of the airline you’re flying with, as well as TSA’s website, and make sure you’re completely up to date on their requirements.  While these guidelines rarely change drastically, protocol and procedures may sometimes be tweaked for any number of reasons. Remember, check first!

Many officers say they would never travel without a gun.  While you have to give them kudos for thinking about officer and family safety at all times, there might be exceptions to that mindset, especially when air travel is involved.  For example, an officer flying to New York City for a conference will likely be staying in a hotel – maybe even the same hotel where the conference is being held. Of course, he will want to sightsee and dine out while he’s there, requiring him to get around on foot, by cab, or via the subway.  At the end of the day though, he and his firearm will wind up back in his hotel room before making that “goodnight” call to the family. Because he’s smart, he will downplay how much fun he’s having to the wife who has been stuck with all 3 kids while he’s away. However, because his wife has been married to a cop long enough to know he’s full of Sh** (something), she will “gently” remind him of such before saying goodnight and telling him to stay safe.  In this travel scenario, the officer should, of course, fly with his gun (following all rules) and carry it with him while out on the town.

Now let’s look at another hypothetical situation where the travel circumstances are a bit different.   This vacationing officer is flying out to her family reunion. Her family believes in the “go big or go home” concept, and this year’s reunion is on a cruise ship out of Miami.  This officer was fortunate enough to book direct flights both to and from Miami. When she arrives for the cruise, she will be taking a courtesy shuttle provided by the cruise line directly to the port.  Then, she will simply go through a security screening process similar to the one at the airport and proceed directly on to the ship to greet her family members (even the ones she’s secretly never really liked).

Should this officer have traveled with her gun?  Probably not. Once she arrived, what options would she of had with it?  She was going from the airport in Miami directly to the ship where she is no more allowed to board with it than she was to have it in the passenger seating area of her flight.  While it’s a fairly rare exception, this is probably an example of one flight and trip that should be made without a checked firearm.

One final important thing to remember is to follow the laws of the state you are visiting when it comes to carrying – and this applies to whether you’re flying for your visit or not.  These days, probably the most important consideration pertains not so much to what particular firearm your packing, but to the magazine capacity of the weapon. For example, if a state only allows 10 round magazines by law, H.R. 218 DOES NOT allow you to carry a 15 round one just because you’re a cop and from a state where magazine capacity is not an issue.  Though you might not agree with them, respect the laws and regulations of the state you are visiting when it comes to your weapon. Unfortunately, H.R. 218 doesn’t apply to all sworn officers. Only sworn or retired officers from a local, state, or federal agency qualify. In short, you must be currently sworn and working for, or retired from, a government law enforcement agency on one of these three levels.

With some smart pre-planning and patience, you will easily be able to fly to and visit any state in America with the same invaluable protection and peace of mind your firearm provides on patrol each day.

Mike Grimes
Mike Grimes began his law enforcement career many years ago in beautiful Napa Valley, California. He is a veteran police officer, author, and freelance writer, now based in Indiana. His experience includes Field Training Officer, background investigations, academy instructor and evaluator. He is the author of two books – one on budget travel and the other on time management, available on Amazon Kindle.You can reach him at [email protected] here to view and purchase his books http://tinyurl.com/zp6n955.