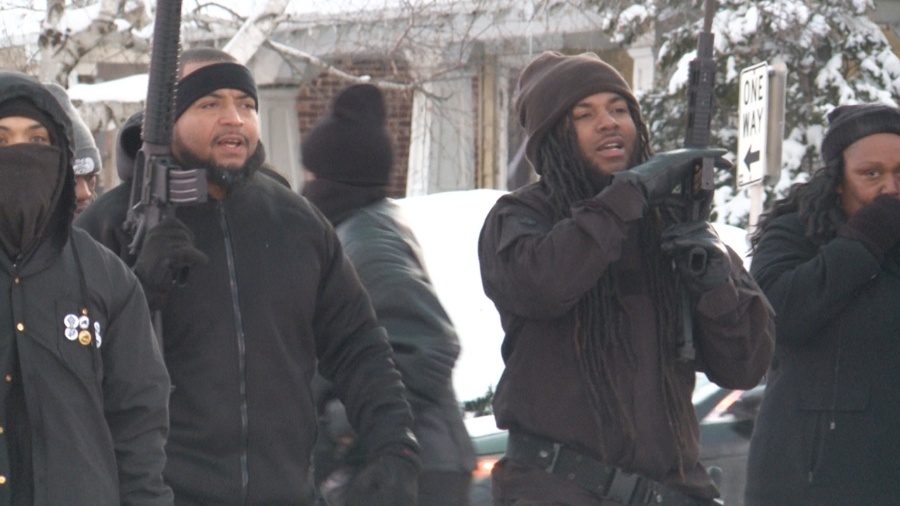 Photo: Members of the Black Panthers of Milwaukee; source WISN

Members of the Black Panthers of Milwaukee—including some armed with assault rifles—marched through a local neighborhood on Sunday in what they called a “human rights tribunal” in protest of the “genocide” of African-Americans being carried out by police and law enforcement.

A “human rights tribunal”—AR15s and all…

While tribunals typically involve courtrooms or similar forums of justice—and typically not AR15s—the Black Panthers of Milwaukee held their peaceful-but-armed “tribunal” in honor of Jay Anderson, Sylville Smith and others who have been killed recently by law enforcement, particularly in the Milwaukee area according to a WISN news report.

Jay Anderson was shot and killed by a Wauwatosa police officer in June; the District Attorney’s office did not file criminal charges.

Sylville Smith was shot and killed in August by former Dominique Heaggan-Brown, who has been charged with first-degree reckless homicide in the shooting death of Smith.

Dr. Alli Muhammad of the Revolutionary Black Panther Party said, “This is genocide. It can’t go on. Any other country, any other people it would be declared as such.”

The Black Panthers had previously demanded Milwaukee Mayor Tom Barrett and Police Chief Ed Flynn to resign (both have not).

And while the overall appearance of an armed protest march could seem menacing to some citizens—and much like a provocation to escalate precisely the kind of violence that the Black Panthers claim to protest—a police spokesperson pointed out that, “open carrying [of] a firearm is not arrestable absent any other violation of the law,” according to the news report.

Law enforcement agencies and personnel would do well to consider tactics and strategies involved in dealing with armed protestors should an otherwise peaceful protest turn violent, as the protests following the Sylville Smith shooting sparked days of unrest in Milwaukee earlier this year.

And while some citizens criticize law enforcement agencies for the firearms they have available to them, and even question the need for patrol rifles, the guns carried by some of members of the Black Panthers of Milwaukee clearly show how law enforcement personnel would face a tactical disadvantage if they only had handguns.

Read why Patrol Rifles Are Necessary For The Safety Of Communities