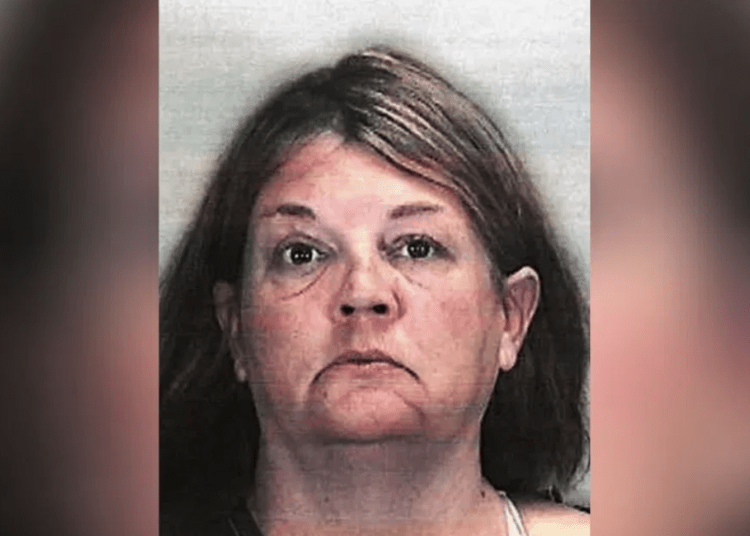 MANATEE COUNTY, Fla. — A Florida woman in Manatee County has been jailed after confessing that she stashed a man’s body in a trash can as a part of a scheme to collect his Social Security checks, the Herald-Tribune reported.

Michelle Haney, 48, has been identified as the morbid fraudster, according to the Manatee County Sheriff’s Office.

Christopher Leonard, 39, was a Social Security benefits recipient living with Haney prior to his death. The woman told detectives she found Leonard dead inside the home in July.

However, instead of calling the Sheriff’s Office, Haney stored Leonard’s body in a closet for three weeks before putting the remains inside a 55-gallon trash can. She then sealed the can and took it to a neighbor, who was unaware of the contents, and said she would pick it up later, according to the Sheriff’s Office.

When Haney did not show up for about two months, and a foul odor began emanating from the trash can, the neighbor unsealed it and made the shocking discovery, The U.S. Sun reported.

An autopsy will determine Leonard’s cause of death.

Haney’s morbid actions were apparently motivated by greed, as she collected Leonard’s Social Security benefits after his death.

Haney was charged with abuse of a corpse. Additional charges are expected based upon her use of his Social Security benefits, Orlando Sentinel reported.