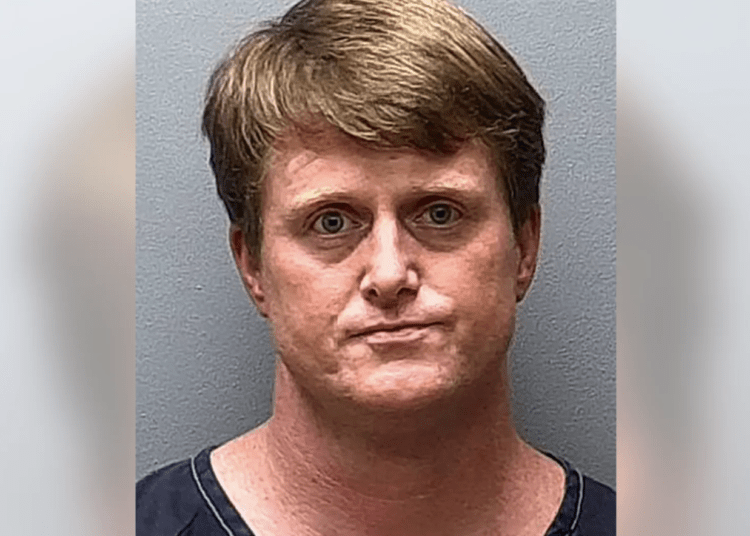 Benjamin Moulton, 43, confessed to murdering Nicole Scott "in a fit of rage," in 2011, according to authorities. (Manatee County Sheriff's Office)

MANATEE COUNTY, Fla. — A Florida man was so burdened by guilt that he confessed to the unsolved murder of a woman found strangled and dumped in a remote area in 2011, authorities said Thursday.

The penitent suspect was identified as 43-year-old Benjamin Moulton who walked into the Manatee County Sheriff’s Office on Wednesday and admitted killing Nicole Scott “in a fit of rage,” the sheriff’s office said in a press statement.

“He confessed. He told us he had been living with this guilt, couldn’t do it anymore,” said Warren.

The agency provided the following overview of the case:

On 12/11/2011, a man located a woman’s body in a wooded area off University Blvd. and called 911. When deputies responded to the scene they found the victim, later identified as Nicole Scott, partially clothed with visible trauma to her face.

It was determined through autopsy that Nicole was strangled and likely dropped off in the remote area several days before her body was found.

During the investigation, detectives followed up on numerous leads and questioned Benjamin Moulton about his connection to Nicole, but he denied any involvement in her murder, and detectives lacked enough evidence to link him to the crime.

Over the past few years, detectives continued to search for new information but were unable to develop a clear suspect in the case.

Then yesterday (9/29/21), Benjamin Moulton walked into the Sheriff’s Office Operations Center and told deputies that he was the person responsible for the murder of Nicole Scott. Moulton met with homicide detectives and explained that he killed her in a fit of rage and provided other details about the case that were never released to the public. He also stated his reasons for confessing. He told detectives he had since “found Jehovah and couldn’t live with the guilt anymore.

According to the Sheriff’s Office, the State Attorney’s Office was briefed as to this new information and Moulton was subsequently charged with the 1st-degree Murder of Scott.