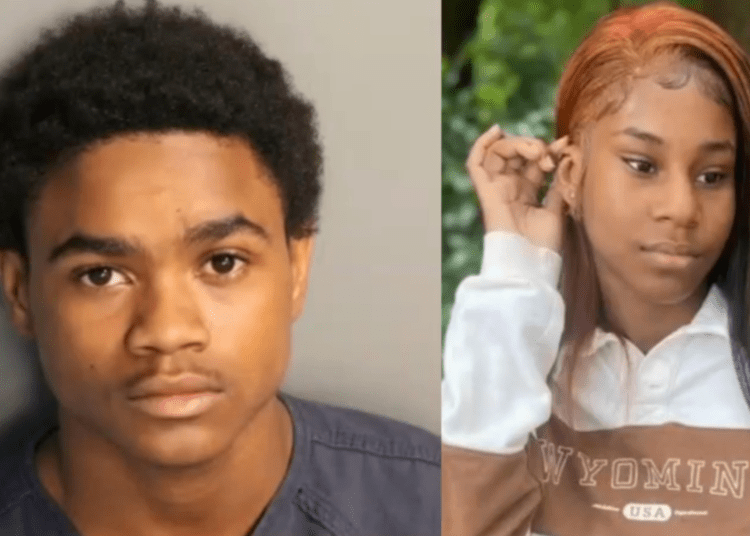 Lorenzo Larry is accused of murdering De’Shayla Ferguson who was pregnant when she was killed. (Orange County Sheriff's Office)

ORANGE COUNTY, Fla. – A male teen is accused of fatally shooting a 16-year-old girl who was 20 weeks pregnant at the time of her death, according to deputies in Orange County, Florida.

Lorenzo Michael Larry, 17, faces a second-degree murder charge in the death of De’Shayla Ferguson, 16, as well as a charge for killing an unborn child by injuring the mother, Orange County Sheriff John W. Mina announced on Tuesday.

“This whole community should be grieving for De’Shayla Ferguson and her family and her unborn baby,” the sheriff said. “She died of a single gunshot wound to the head after a heated argument at the hands of Lorenzo Larry. So it has been reported by some that this case may have been related to human trafficking. That’s not true. There is no nexus to human trafficking in this case.”

OCSO has arrested 17-year-old Lorenzo Larry on charges of Second Degree Murder in the killing of 16-year-old De’Shayla Ferguson on Oct. 24. He also faces charges of killing of an unborn child by injury to mother. De’Shayla was 20 weeks pregnant when she was murdered. pic.twitter.com/cPJQfoR6MY

Another murder victim, Jemile Pittman, 23, was shot and killed Dec. 8, 2021. Detectives identified Larry as the suspect in the case, according to Mina.

Pittman was shot once in the head. She was discovered dead last year in a car off Rio Grande Avenue.

Larry was taken into custody in May on several weapons violations. During an interview with detectives, he claimed to shoot Pittman in self-defense, Mina said. Afterward, he reportedly disposed of the firearm and fled the state.

The case remains under review by the state attorney’s office after it was submitted in July, the sheriff said.

“We have to acknowledge that someone who amasses this many gun charges and is responsible for the killing of two women and an unborn child needs to be behind bars for a very, very long time for the safety of this community,” Mina said.

The sheriff anticipated Larry will be charged as an adult in Ferguson’s case, Law&Crime reported.

“We did some baseball swings, softball swings and things like that,” he told WESH. “And she was always willing to try something new. De’Shayla was definitely a bright spot. She always brought great energy, and I loved her being around.”