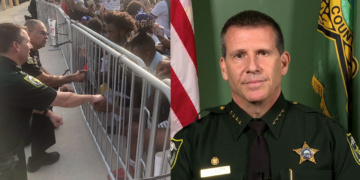 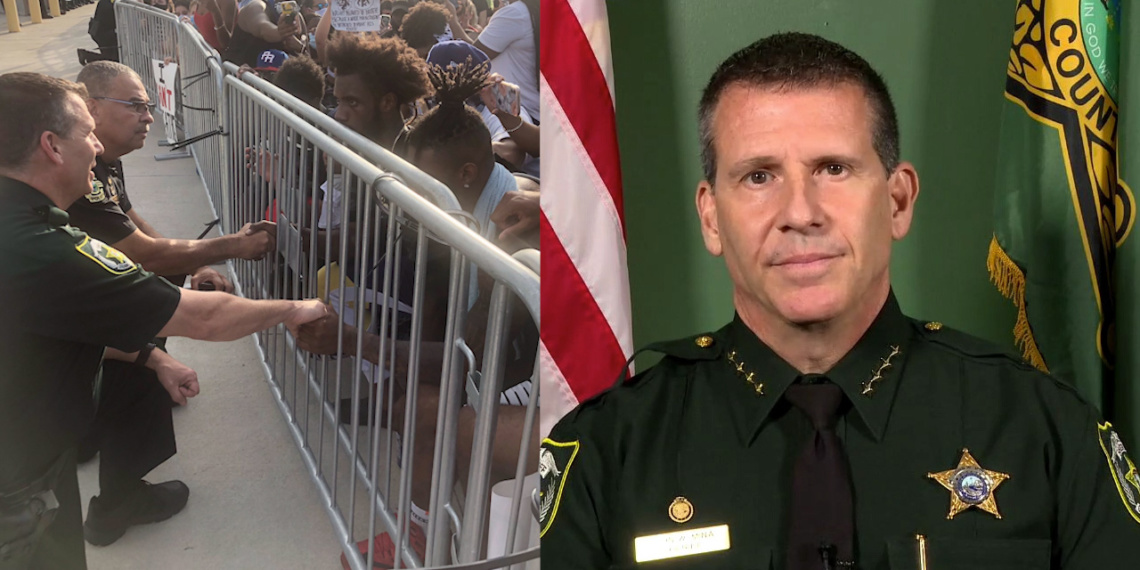 Fox News reports that a union survey showed that a majority of respondents complained about low morale and many believed Mina wouldn’t back them up if they were involved in a use-of-force case that went public.

Out of the 674 survey responses, the union reported that: 88.7% of the members believed that the Sheriff would not support them if involved in a Use of Force Situation

One union member who was surveyed said, “You knelt with the same protesters/rioters who were hurling insults and bricks at us for your own political gain.” 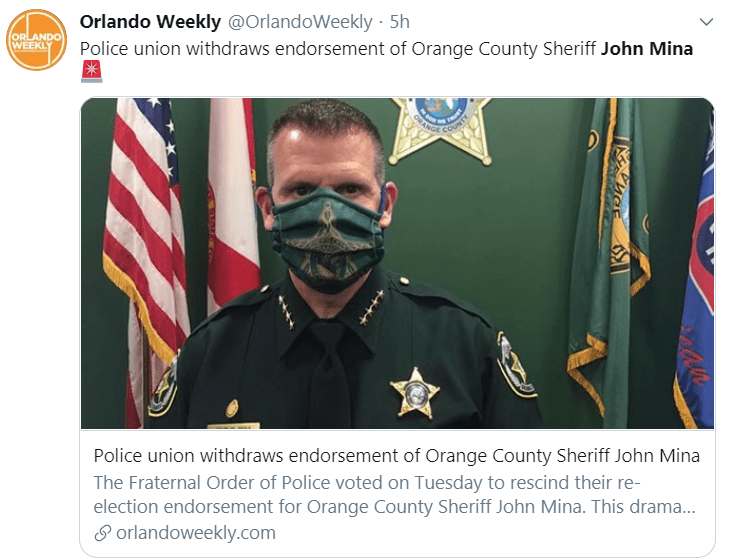 Saying that he was asked to kneel in solidarity, Mina took a knee with Orlando demonstrators who were protesting against police brutality and systemic racism.

“The two young gentlemen asked us to kneel and we said, ‘Well, why don’t we kneel and pray?’” Telling Fox News, Mina said, “And so we did, and I think that sent a great message not only to the people protesting out there but to our officers and our deputies who were watching their two leaders here in Orange County kneel, take a knee and listen to what the protesters had to say.” 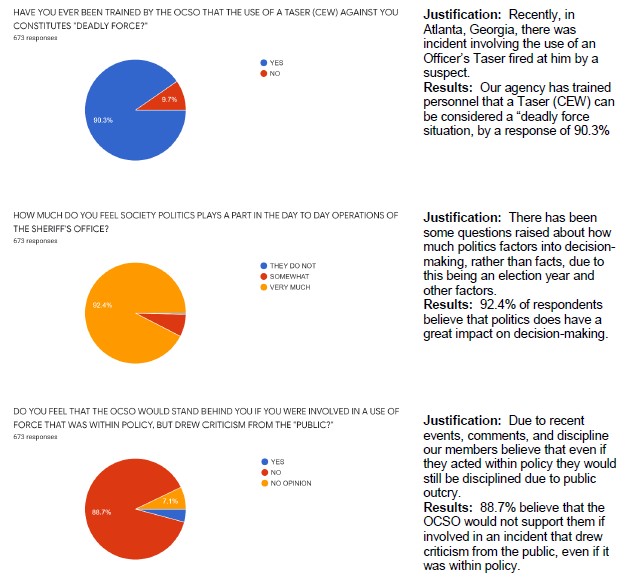 “I was disappointed to learn that the union rescinded its endorsement late last night,” he wrote .”I understand that these are tough times in law enforcement – we are all feeling vilified because of the intense spotlight on law enforcement misconduct. I value and respect our deputies and all of their hard work. They risk their lives every day, doing one of the most difficult and complex jobs in the world. And they are some of the best law enforcement has to offer.

“But I am the Sheriff of everyone in Orange County, and voters elected me to keep this community safe,” Mina continued. “I am accountable to them – and I am also accountable to all members of this agency. The changes I have already instituted at the Sheriff’s Office might have been the impetus for the union’s decision to pull its endorsement by a vote of 50 members. If that’s the case, I accept that.”

He added, “I have made some difficult decisions and have levied harsh discipline for policy violations. I have terminated deputies for excessive force or for breaking the law. I will continue the work of finding common ground with members of our community who are pleading for change. But I want everyone at the Orange County Sheriff’s Office to know that I am extremely proud of the work they do. My door is always open to them and I am willing to have any discussions, even difficult ones.”