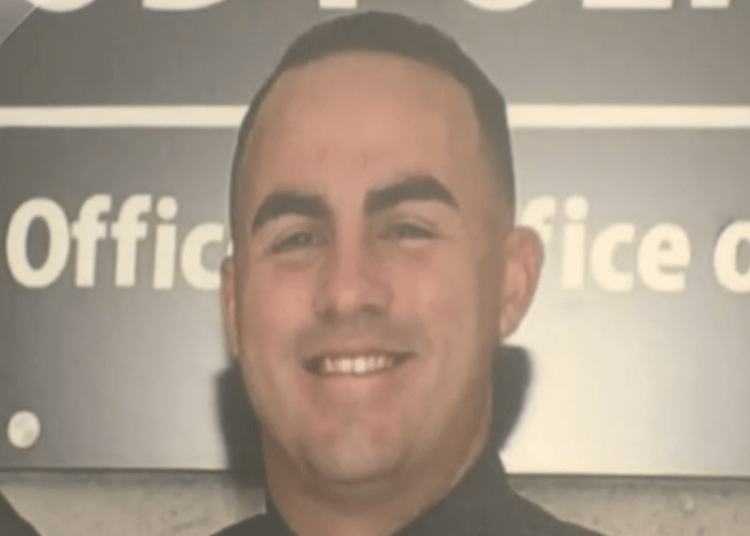 HOLLYWOOD, Fla. — A Florida police officer has been shot and killed after he engaged in a fight with a suspect believed to be prowling a neighborhood and possibly stealing items from vehicles parked in the area. Following the deadly encounter, an 18-year-old suspect was taken into custody, police said.

The Hollywood Police Department received calls reporting a suspicious person near the 4000 block of North Hills Drive, at around 10:30 p.m., Sunday. According to neighbors, someone’s Ring camera caught a person trying to open car doors in the area, WSVN reported.

Responding officers contacted the suspect and an altercation occurred, leading to the fatal shooting.

Other officers at the scene were able to detain the suspect and rendered aid to the officer. He sustained life-threatening injuries and was taken to Memorial Regional Hospital where he later died, according to the news outlet.

Several officers were seen coming and going from the hospital. Police lowered a flag outside the Hollywood Police Department to half-staff.

Officer Yandy Chirino, 28, has been identified as the officer who was killed. He was a four year veteran of the department, hiring on in 2017, according to Hollywood Police Chief Chris O’Brien.

“He was a great officer and will leave a lasting impact on our community,” said O’Brien.

“In just the short time he was with our department, he was recognized multiple times for his outstanding work ethic,” said O’Brien. “Officer Chirino received five supervisor’s accommodations and was selected as the Officer of the Month for June of 2020.”

Yandy Chirino, 28, identified as the officer who was shot & killed. 4 years on the force @HollywoodFLPD @wsvn pic.twitter.com/BoptQ215Pe

Jason Vanegas, 18, was identified as the suspect in the officer’s homicide. Police said a firearm was recovered at the scene, according to WSVN.

Vanegas will be charged with armed burglary, battery on a law enforcement officer, carrying a concealed firearm violation, grand theft of a firearm, resisting arrest with violence and first-degree murder.

According to the chief, Vanegas has an extensive criminal history.

A local resident described the terror he experienced during the violent encounter that claimed the officer’s life.

Indeed it is, and it’s something officer’s encounter far too often. More tears will be shed in the days and weeks to follow as family and friends mourn the death of Officer Yandy Chirino.