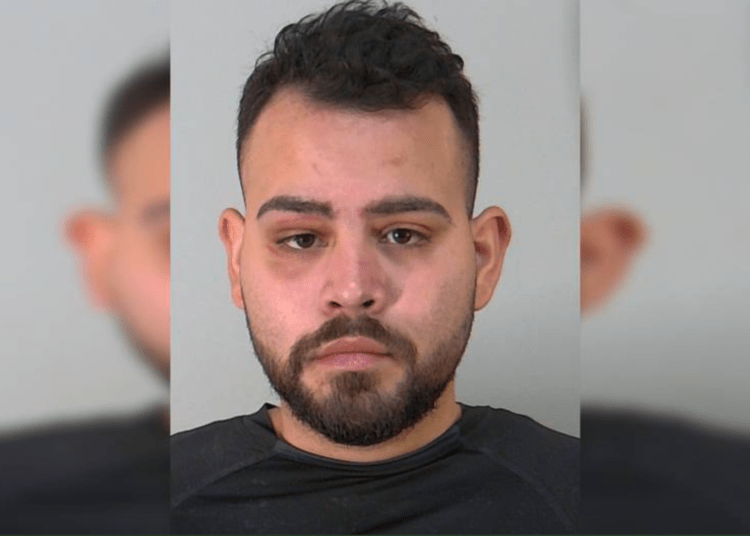 EUSTIS, Fla. — A police officer in Florida was charged with driving under the influence while operating his marked patrol car Monday when he was scheduled to be on duty, according to law enforcement authorities.

Officers with the Eustis Police Department conducted a traffic stop on an officer from another department who was driving a patrol unit recklessly on Monday evening, the agency said, WFTV reported.

The Eustis Police Department told the news outlet that its officers saw a patrol car from the Apopka Police Department driving recklessly Monday night. When officers stopped the vehicle, they noticed an open beer can in the center cup holder of the police car.

Oscar Mayorga was identified as the officer driving the car. He was on his way to work and smelled of alcohol, police told WFTV.

As a result, detaining officers asked Mayorga to exit his vehicle and walk to a nearby sidewalk. However, he was unable to maintain his balance and fell several times.

Mayorga told officers that he had “three tall boys” a few hours before his shift. Consequently, he was charged with DUI.

The Apopka Police Department responded to the scene to recover Mayorga’s equipment and patrol car, the agency said. Mayorga was subsequently placed on paid administrative leave, the department told WFTV.

According to the Apopka Police Department, Mayorga is an officer in the uniform patrol division and has been with the agency for five years. They confirmed that he was scheduled to work on Monday evening when he was stopped.