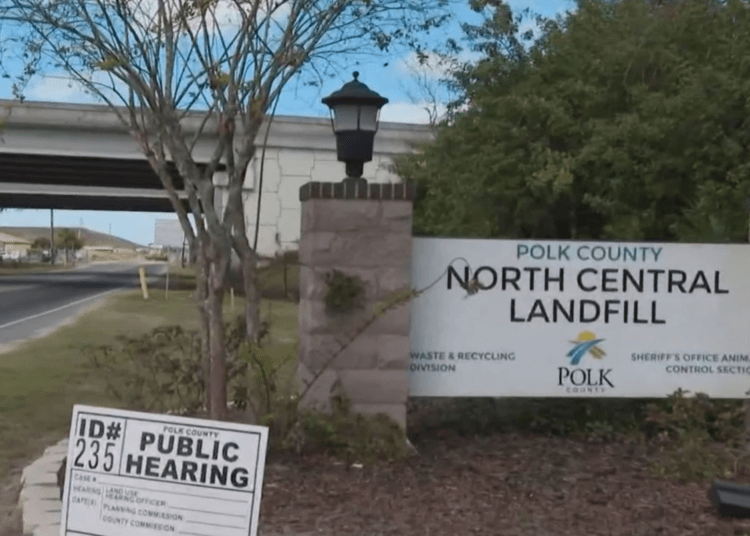 A man was crushed by a bulldozer while inside a porta-potty at a Florida landfill. (Screenshot WTSP)

POLK COUNTY, Fla. – A man who worked at a Florida landfill has been crushed to death by a bulldozer while he was using a porta-potty, according to law enforcement authorities.

Tipping over porta-potties is an age old prank, but this was no joke as Aaron Henderson was killed by a freak sequence of events at the North Central Landfill in Polk County.

Henderson, 40, worked as a traffic controller at the landfill, which meant he was in charge of directing the traffic of dump trucks coming in and out of the site.

As employees were putting equipment away and shutting down operations Friday afternoon, the bulldozer operator was driving up an embankment to park the heavy piece of machinery, WTSP reported.

As the driver reached level ground and turned the bulldozer, he heard a loud crumble and realized he had plowed over the porta-potty.

“While doing so, the front blade of his bulldozer was elevated 3-4 feet off the ground, and he could not see directly in front of him due to the blade obstructing his view,” the Polk County Sheriff’s Office explained in an email to the news outlet. 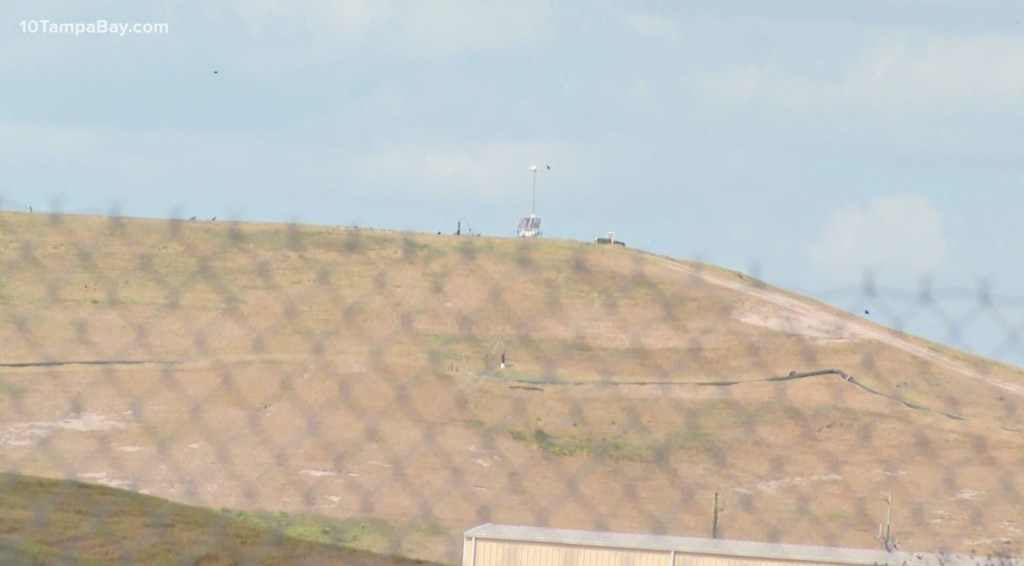 The bulldozer operator had been driving up a hill, the bucket obstructing his view, and plowed into the porta-potty. (WTSP)

The bulldozer operator quickly realized what happened and went to check the damage, and soon discovered the tragedy.

“He immediately exited the bulldozer and ran towards the porta-potty to see if anyone was inside of it,” the sheriff’s office said in a statement.

“At that time, he observed Henderson unresponsive inside the porta-potty.”

Henderson was pronounced dead at the scene, according to PCSO, the New York Post reported.

Authorities described the ordeal as a “tragic, industrial accident.”