The horde of criminals ripped off nearly everything they touched 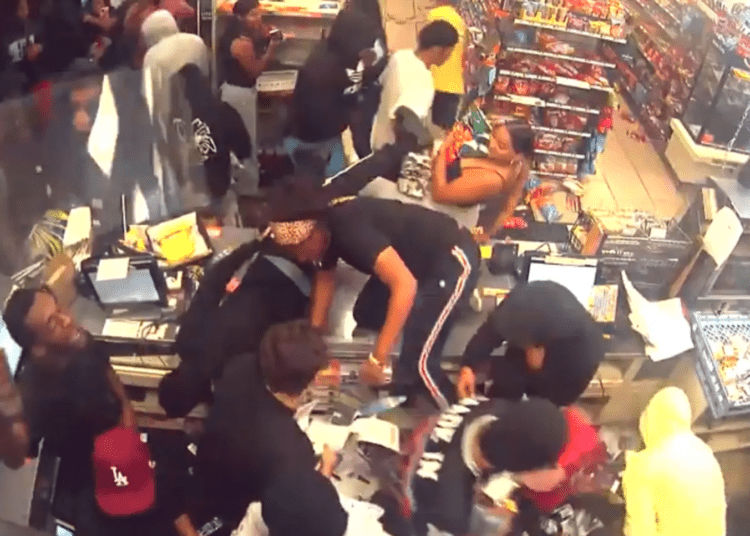 Police are asking for help identifying the band of robbers. (LAPD South Traffic/YouTube)

LOS ANGELES – A “flash mob” of thieves and vandals were captured on camera ransacking a 7-Eleven in Los Angeles earlier this week. The horde of criminals ripped off nearly everything they touched in the store as the sole employee fled in fear.

The Los Angeles Police Department released video clips showing a mass of looters grabbing all their favorite items as they swarmed the convenient market Monday shortly after midnight in the Harbor Gateway section of the city, KTLA reported.

Part of the footage even shows the aggressive throng going behind the counter that was vacated by a 7-Eleven employee and throwing items toward a pack of people on the other side.

One man threw items at the clerk who was working alone, creating a “violent encounter” between the two, LAPD Detective Ryan Moreno said. The employee fled in fear for his life. 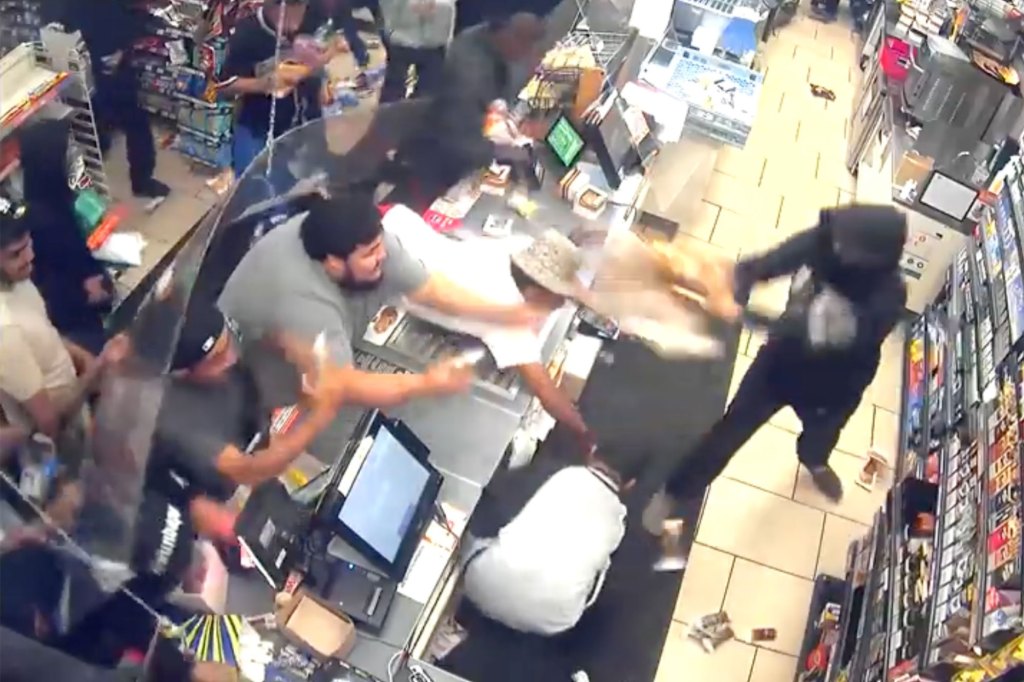 No arrests have been made in the flash mob robbery as police seek assistance identifying criminal offenders. (LAPD South Traffic/YouTube)

Snacks, drinks, smokes, lottery tickets and other merchandise were all boosted from the store, which also sustained significant damage, according to police.

Cash registers were also destroyed but it’s unclear if any money was taken.

After fleeing the store, the multitude of suspects quickly left the area before responding officers arrived, police said.

“It turns into an angry, somewhat mob mentality,” Det. Moreno said during a news conference Thursday, according to KTLA. “They come inside the store, they start ransacking the place, taking everything.”

The series of crimes began during a street takeover where drivers overwhelmed the area and blocked a city intersection with their vehicles from all directions to create a “pit” in the middle of it, police said.

Once the area is flooded with law violators, people got out of their cars and watched as drivers started “doing donuts,” authorities said, according to the New York Post.

“The term ‘flash mob’ was first used to describe a large public gathering at which people perform an unusual or seemingly random act and then disperse, typically organized by means of the internet or social media,” LAPD said in a statement.

“In the latest cases, however, ‘flash mobs’ have turned from fun spontaneous events to opportunistic criminal occurrences.”

Another takeover occurred along the 110 Freeway that same night, Det. Moreno added.

“There were people on the freeway that were trying really to get to places they had to go, some had family emergencies and they’re just sitting there stuck, so these guys can do their thing,” the detective noted. “People are getting really tired of this.”

As LAPD investigates, they are asking for help from the public in identifying offenders who participated in the criminal acts. Tips can be given anonymously, KTLA reported.

Det. Moreno said there is “zero tolerance” for people involved, participating or even watching a street takeover in the LAPD’s South Bureau area.

Anyone with information about the crimes is asked to contact South Traffic Division detectives at 323-421-2500 or email [email protected] Those wishing to remain anonymous can call CrimeStoppers at 800-222-TIPS (800-222-8477).